Will Netflix Start Losing Subscribers Thanks to Coronavirus? 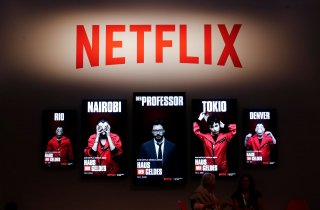 It hasn’t quite happened yet, but a content crunch is on the way, when it comes to movies and TV shows, as a result of coronavirus.

For months, no usual production took place for new movies or TV shows. The only handful of exceptions were shows that were filmed overseas or shows that are animated or otherwise produced in a method that’s not live action. Therefore, there’s going to be a dearth of live action TV shows on networks and cable channels as soon as this fall.

Could such delays affect the subscriber count of the most popular streaming service, Netflix? One analyst believes so.

Michael Pachter, media analyst with Wedbush Securities, as cited by Media Play News, said in a recent note that Netflix is likely to soon begin losing subscribers, if there’s not a return to normalcy soon.

“We suspect that this phenomenon has already begun and led to the company’s lackluster guidance for Q3 net sub additions,” Pachter wrote in an August 24 note, as cited by Media Play. “Once the pace of its delivery of new content begins to wane, we expect Netflix to see higher churn and much slower subscriber growth.”

There are reasons to believe, however, that Netflix is in good position to weather the coronavirus storm. The company has a massive amount of original content on its docket, and is in better position, if necessary, to spread its offerings over a longer period of time.

In addition, as pointed out in the note by Pachter, Netflix has the option of purchasing movies from Hollywood studios, who are both hungry for revenue and not able to release the movies in theaters, in order to add to their original content war chest.

Netflix has already done this with “The Trial of the Chicago 7,” a movie directed by “The West Wing” creator Aaron Sorki. That movie was set for theatrical release by Paramount, but Netflix acquired it and will release on it service in October. However, as Pachter also noted, Netflix’s competitors, such as Apple TV+ and HBO Max, have also been in the market for such acquisitions.

Netflix, at the end of the second quarter, said that it added twenty-two million subscribers in the first half of the year, although its earnings missed. The company said in its shareholder letter for the quarter that “our main business priority is to restart our productions safely and in a manner consistent with local health and safety standards to ensure that our members can enjoy a diverse range of high quality new content,” and that its strategy for doing so would differ from country to country and region to region. The company has reportedly resumed some productions overseas.

Meanwhile, Netflix has several high-profile movies, including Charlie Kaufman’s “I’m Thinking of Ending Things,” the entire “Back to the Future” trilogy, and the two most recent “Muppets” movies, becoming available in the month of September.