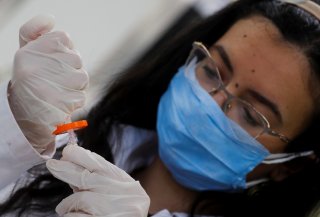 The number of confirmed deaths due to COVID-19 in the U.S. is substantially lower than the actual figure, according to a study published in JAMA Internal Medicine.

In arriving at their conclusions, researchers at Yale University utilized data from the National Center for Health Statistics to compare the number of excess deaths from any cause with the reported number of weekly coronavirus deaths from March 1 to May 30.

The figures were then compared to deaths from the same period in previous years.

Researchers eventually discovered that the excess number of deaths that was over normal levels also surpassed those attributed to COVID-19. This led them to conclude that many of the deaths were likely caused by the coronavirus—they just weren’t confirmed to be.

There were also discrepancies related to state-level reporting of deaths caused by the coronavirus, the study added.

According to the National Center for Health Statistics, the overall number of U.S. deaths for any cause between March and May was 781,000—or 122,300 more than the historical average for the period.

For the same three-month period, the number of deaths officially listed as due to COVID-19 was 95,235—or 28% less than that excess number.

Media reports have suggested that many of the deaths during the first months of the pandemic at nursing homes and other long-term care facilities were attributed to pneumonia rather than COVID-19, contributing to the large undercount.

“Determining the cause of death on a death certificate is not an exact science,” Daniel Weinberger, the study’s lead author from the Yale School of Public Health, told Reuters.

In several states, deaths that might later have been attributed to COVID-19 occurred before testing was widely available.

“Some states had good concordance between the number of reported coronavirus deaths and the total number,” Weinberger said. “Washington state and Minnesota has almost no gap, but in South Carolina and Texas there is a considerable difference.”

Other studies have found that the fear of contracting the virus kept individuals with symptoms of heart attack or stroke away from hospitals—possibly further contributing to the overall number of deaths.

“You can certainly see that things like heart attacks and strokes and people dying with primary cause as Alzheimer’s disease have gone up,” Weinberger said. “But when you look at the magnitude it is still smaller than coronavirus deaths.”