Does North Korea Have 13,000 Coronavirus Cases? 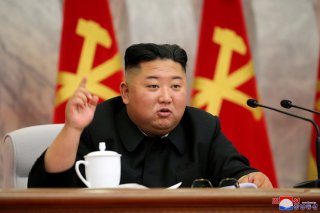 Ever since the start of the coronavirus pandemic, North Korea has been claiming that there are no cases of the virus in the country. At the same time, North Korea has engaged in draconian measures to close its border with China and otherwise prevent the spread of the disease.

However, a new report out of that country indicates that coronavirus has, in fact, struck North Korea.

According to Radio Free Asia, a recent statistic survey by the Ministry of Health found 100 deaths and 13,000 “suspected” coronavirus cases, just in one province, North Hamgyong. That is believed to be the most cases of any province in North Korea. Most of the cases, the report said, are in the cities.

“According to regional statistics… the number of patients who died due to suspected coronavirus symptoms is more than 100,” an official in the region told RFA’s Korean Service this week.

“Suspected coronavirus” is the term used in that country exhibiting symptoms of the disease.

North Hamgyong Province is in the Northeast of North Korea, bordering China and the Sea of Japan. North Hamgyong has more defectors to South Korea than any other province in North Korea, meaning that more is known in the outside world about the goings-on there than in most other areas of the country. North Korea closed the bridges between the province and China earlier this year.

“In Chongjin alone, where the provincial government agencies are located, about 5,400 people have been diagnosed as suspected coronavirus patients, and more than 10 residents died after showing symptoms,” the source said.

Another official, in the border city of Rason, told RFA that the city had 6,000 confirmed cases.

There has been a great deal of skepticism, internationally, about North Korea’s claims of no coronavirus cases at all. The Centers For Disease Control continues to warn American travelers to avoid North Korea, for coronavirus-related reasons, and still gives the country a “Level 4” risks rating, for “Very High.”

NK News reported this week that the World Health Organization (WHO) reports North Korea continues to claim zero coronavirus cases. WHO has not, in recent months, reported how many people in North Korea have been tested or quarantined.

“The authorities say there are no confirmed cases, but they are restricting the movement of the residents much more strongly than before,” the North Korean official told RFA. “This is causing the people to experience great difficulties in making a living, but they are warned of severe punishment if they violate movement restrictions while showing suspected coronavirus symptoms.”