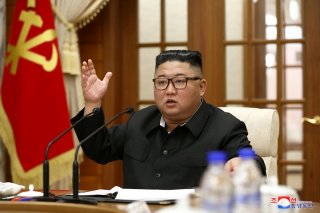 North Korea, for most of the past year, has not admitted that it has any coronavirus cases at all. But that doesn’t mean it hasn’t taken measures to stop the virus, from delays in the start of school to crackdowns on enforcement on the country’s border with China.

Last month, reports surfaced that North Korea would be receiving millions of coronavirus vaccines via The COVAX Facility, a World Health Organization program that delivers vaccines to countries without them. Now, another report says that North Korea will soon receive 1.7 million doses of the single-shot AstraZeneca vaccine.

North Korea’s population is about 25 million. The COVAX Facility had said that it would distribute 1.922 million vaccines in the first half of 2021. COVAX stands for COVID-19 Vaccines Global Access, and it’s a joint effort by several different organizations, including  UNICEF, Gavi, the Vaccine Alliance, the World Health Organization (WHO), and the Coalition for Epidemic Preparedness Innovations. More than 165 countries are participants in the program. The United States did not participate in COVAX during the Trump presidency but joined earlier this year after President Biden re-joined WHO.

Most of the COVAX distribution has been of the AstraZeneca vaccine, which has not yet been approved for use in the United States.

Voice of America reported Wednesday that medical experts are optimistic that the vaccination program will help in North Korea.

“They should be able to distribute AstraZeneca vaccine nationwide, and then maintain the cold chain that's required to protect the vaccine from what we call denaturing or just inactivated,” Dr. Kee Park, a neurosurgeon and the head of the Korean American Medical Association’s North Korea program, told Voice of America.

“So they have the cold chain. So they have the technical know-how and the capacity to distribute at least the AstraZeneca vaccine in a nationwide vaccination campaign,” Park said.

Park said he has been to North Korea more than twenty times.

North Korea sealed its border with China, shortly after the coronavirus first began to spread in China. Last month, it moved further to close bridges in North Hamgyong Province, on the Northeastern border with China.

However, the country will open the border to let in the COVAX Facility personnel.

“These UN agencies just—they don’t take any chances. They don't want to run afoul of any problems. And they get the exemptions to be fair. But, it creates [an] additional layer of administrative hurdles, work that they get that it has to be put in to get these things delivered,” Dr. Park told VOA.

In the year since coronavirus started, North Korea its believed to have suffered a 75 percent decrease in trade with China, while its gross domestic product dropped by 8.5 percent.

North Korea is the Mafia: Lessons from the "Kim Jong-un has disappeared" Hysteria