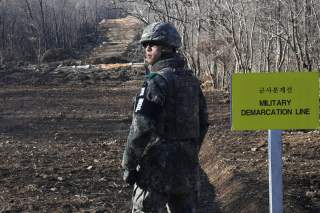 When it comes to North Korea in 2019, I can offer three possible paths forward:

President Trump embraces what I have been calling the “Moon Miracle,” or the idea that South Korean President Moon Jae-in’s strategy of trying to engage the north can transform relations with Pyongyang.

If Trump simply supported what could be a historic inter-Korean rapprochement, he could use that as the foundation for a step-by-step or action-for-action arrangement with Pyongyang. In this way, progress is made on issues ranging from conventional arms control, the ending of the Korean War to a slow but steady march towards the North’s eventual denuclearization.

President Moon has acted as a bridge to Pyongyang and could do so for the foreseeable future, creating not only a lasting peace on the Korean peninsula but also helping bridge the gap between Washington and Pyongyang. We need to embrace this and make history.

Trump explodes, angered over what he feels is a lack of progress and reports on Fox News that he has somehow been deceived or lied to—which is not the case.

The president goes on social media and erupts—calling Kim Jong Un “Little Rocket Man” all over again, stating that “the gloves are going to come off if North Korea is not careful.”

Then, like clockwork, North Korea responds twenty-four hours later—testing an intercontinental ballistic missile that goes over 11,000kms and drops a working reentry vehicle into the South Pacific. A statement an hour later—signed by Kim himself—states that if Washington continues its hostile policy, it will test a nuclear weapon in the atmosphere.

The world is in shock—waiting to see how Trump will respond.

3. The Best of the Worst-Case Scenarios:

Nothing happens, meaning that Washington and Pyongyang keep talking on and off with small up and downs in tensions and there is no resolution to the North Korean nuclear question but no war either.

The open question on such a scenario seems obvious: how long could such a situation last? Your guess is as good as mine…