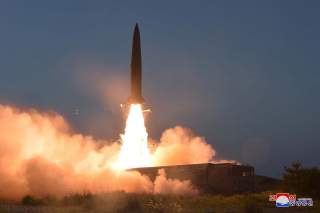 This week, in a move that came as a surprise to many within the East Asia policy community, North Korea (DPRK) tested a new multiple rocket launch system off of the Hodo peninsula. This is the second time this month that North Korea has demonstrated a new weapons platform, as Pyongyang also tested short-range ballistic missiles (SRBM) which may be able to evade U.S. missile defenses. These tests follow statements from the DPRK foreign ministry that the United States committed a “breach of the main spirit of June 12 DPRK-U.S. Joint Statement” by continuing plans to conduct the 19:2 Dong Maeng (Alliance 19:2) joint military exercises (JMEs) with South Korea in August. Stating that U.S. President Donald Trump assured North Korean leader Kim Jong-un such exercises would be “suspended” during their recent meeting along the Demilitarized Zone in late June, Pyongyang has signaled that working-level talks could be impacted.

This latest string of statements isn’t the first time that North Korea has expressed its disdain for JMEs on the Korean Peninsula. In fact, Pyongyang has renounced such drills since their inception in the mid-1950s, labeling them a dry-run for invasion or attack. The United States and South Korea repeatedly affirmed that such exercises are needed to maintain military readiness and are not offensive in nature—while also pointing out Pyongyang conducts its own large-scale exercises quite regularly. But, JMEs have time and again elicited aggressive rhetoric and responses from the north. Further still, Pyongyang’s latest tests and provocative statements come after a period of rekindled negotiations, with Trump making history crossing into North Korea and later holding talks with Kim at Panmunjom. 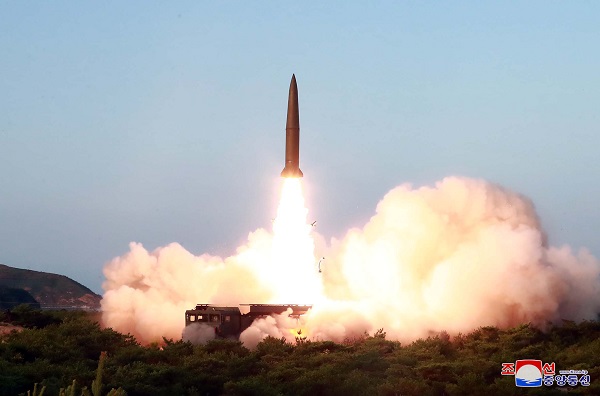 All of this raises a natural question: is it fair to say that JMEs elicit a fundamentally different form of hostility from North Korea than its usual brand of fiery rhetoric and behavior? Research suggests that there’s little empirical evidence to support this claim. Instead, a mixture of insecurity, economic constraints and external circumstances are key influencers in Pyongyang’s often negative reactions to JMEs.

Perhaps there is no better place to start than with the JMEs that directly fueled North Korea’s withdrawal from the 1992 South-North High-Level Talks: Team Spirit. The Team Spirit JMEs also played a factor in the country’s initial notice of withdrawal from the Treaty on the Non-Proliferation of Nuclear Weapons (NPT) in 1993. Though North Korea periodically denounced Team Spirit—an exercise involving 200,000 U.S. and South Korean personnel—since its inception in 1976, the first tangible impact that these exercises had on negotiations can be seen in 1986, when a series of inter-Korean talks initiated under South Korean President Chun Doo-hwan suddenly collapsed. The end to the talks came despite an invitation for North Korean representatives to observe the exercises. Instead, in an effort to respond to the growing deterrent capabilities exemplified in Team Spirit, North Korea started to improve their own offensive military capabilities by adopting non-conventional weapons systems and bolstering programs to develop weapons of mass destruction. 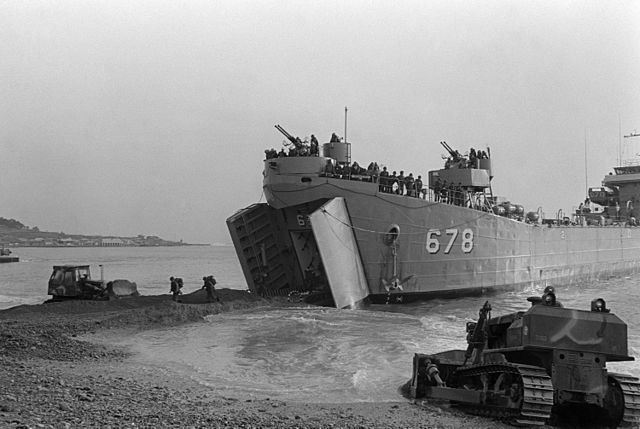 But that wasn’t the end of Pyongyang’s protests and reactions to this JME. Each year since the negotiations came to a close, North Korea denounced the exercises. In fact, Pyongyang had just begun its active stand against them when negotiations with South Korea resumed in 1990, during which the DPRK announced their intent to unilaterally suspend negotiations while Team Spirit was being conducted. Continuing to conduct these “war games,” the North argued, was a direct threat. When New York Congressman Gary Ackerman visited North Korean leader Kim Il Sung in 1993, he stated that Kim’s voice “quivered and his hands shook with anger” at the mention of Team Spirit.

JMEs Impact on North Korea and Their Economy:

Though the North Koreans often cite the creation of an “atmosphere of war” as their chief complaint against large-scale JMEs, it’s also helpful to consider the economic factors at play. Despite expanding Team Spirit to 157,000 troops in 1982, the exercise was met with routine rhetoric from Pyongyang. The following year, however, tensions dramatically escalated when North Korea declared a “semi-war” status and claimed the exercise “greatly endangered stability.” Declassified documents from the U.S. Central Intelligence Agency (CIA) cite the likelihood that economic problems were to blame for the amplified response, noting numerous calls for “increased economic productivity” while the semi-war status was instituted.

This same sentiment was echoed in a 2001 testimony to the South Korean National Intelligence Service (NIS) by Hwang Jang-yop—the highest-ranking defector from North Korea to date—who claimed that during the Team Spirit military exercises, North Korean forces were put on maximum alert. Such a status necessitates the “withdrawal of all military personnel from economic production” and “full readiness of equipment that requires massive expenditure of petroleum” that causes a heavy strain on the North Korean economy.

In 2012, Vito D’Orazio—now an assistant professor at the University of Texas at Dallas—published a paper in the Journal of East Asian Studies comparing North Korea’s responses to JMEs by the United States and South Korea to the more standard rhetoric and actions that come out of Pyongyang. D’Orazio found that there was little statistical evidence to support the notion that North Korea’s responses to JME’s were different from their typical rhetoric or behavior. He explained:

“The DPRK’s response to U.S. and South Korean joint exercises is not unique and not systematically different from regular DPRK activity. While some evidence exists that high-intensity exercises are associated with a response that is greater in magnitude and different from intensity JMEs, the evidence is inconclusive and not systematic across types of DPRK behavior. For the governments of these states, the findings in this study could be useful for formulating policy around JMEs. In particular, while canceling or even reducing the intensity of such exercises may be an appropriate gesture of goodwill, and while it may be necessary to enact certain policies, these governments should not expect such an action to fundamentally change the rhetoric or behavior of North Korea. Tensions will still flare, and aggressive statements will still occur routinely.”

According to D’Orazio’s research, the only case in which statistically significant variations in responses could be attributed to JMEs were during high-intensity exercises—such as Foal Eagle. However, even then the results were not significant across all types of North Korea’s behavior. Across all possible reactions to the exercises—whether verbal or material conflict—there was no significant difference in North Korean behavior before and after the exercises. 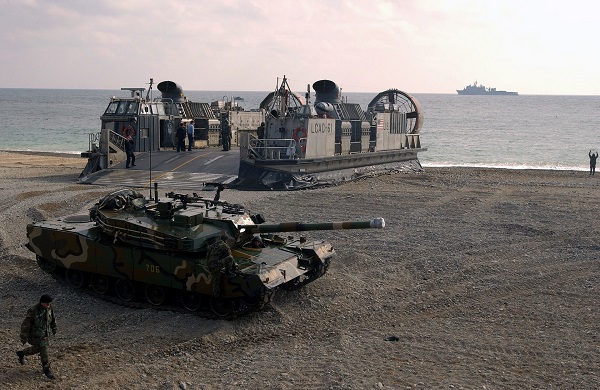 Indeed, a 2016 study conducted by Victor Cha, Na-young Lee, and Andy Lim at the Center for Strategic and International Studies (CSIS) also concluded that U.S.-ROK joint military exercises do not evoke atypical aggression from North Korea. Instead, Pyongyang’s behavior before the exercises was a far better indicator of their post-JME activity:

Bearing in mind the above research, how should such thinking impact our own notions on JMEs? The United States has already suspended large scale exercises like Key Resolve and Foal Eagle in early March of this year, replacing them with smaller drills. One should wonder whether the complete suspension of JMEs—including exercises like 19:2 Dong Maeng—would make any discernible difference in ongoing negotiations with North Korea. If anything, suspending smaller exercises as a bargaining tactic rather than as a gesture of good-will could allow Pyongyang to seek further concessions, jeopardizing key elements of U.S.-South Korea extended deterrence in the future.

With the exception of 1986, North Korea has never ended talks purely due to joint military exercises. During the early 1990s, it was a mixture of Kim Jong-il’s struggle to consolidate power and IAEA pressures to inspect more facilities that aggravated tensions—JMEs were just the straw that broke the camel’s back.

However, there have also been periods of leniency. In a 2018 meeting with Chung Eui-yong, Director of the South Korean National Security Office, Kim Jong-un disclosed that he “could understand why the joint exercises must resume in April on the same scale as before.” Kim’s comments came at a time when North Korea began indicating its intent to pursue talks with the United States, demonstrating that when circumstances dictate peace, Pyongyang is capable of overlooking joint exercises. However, Chung also noted that Kim “expected them to be readjusted if the situation on the Korean Peninsula stabilizes in the future.” 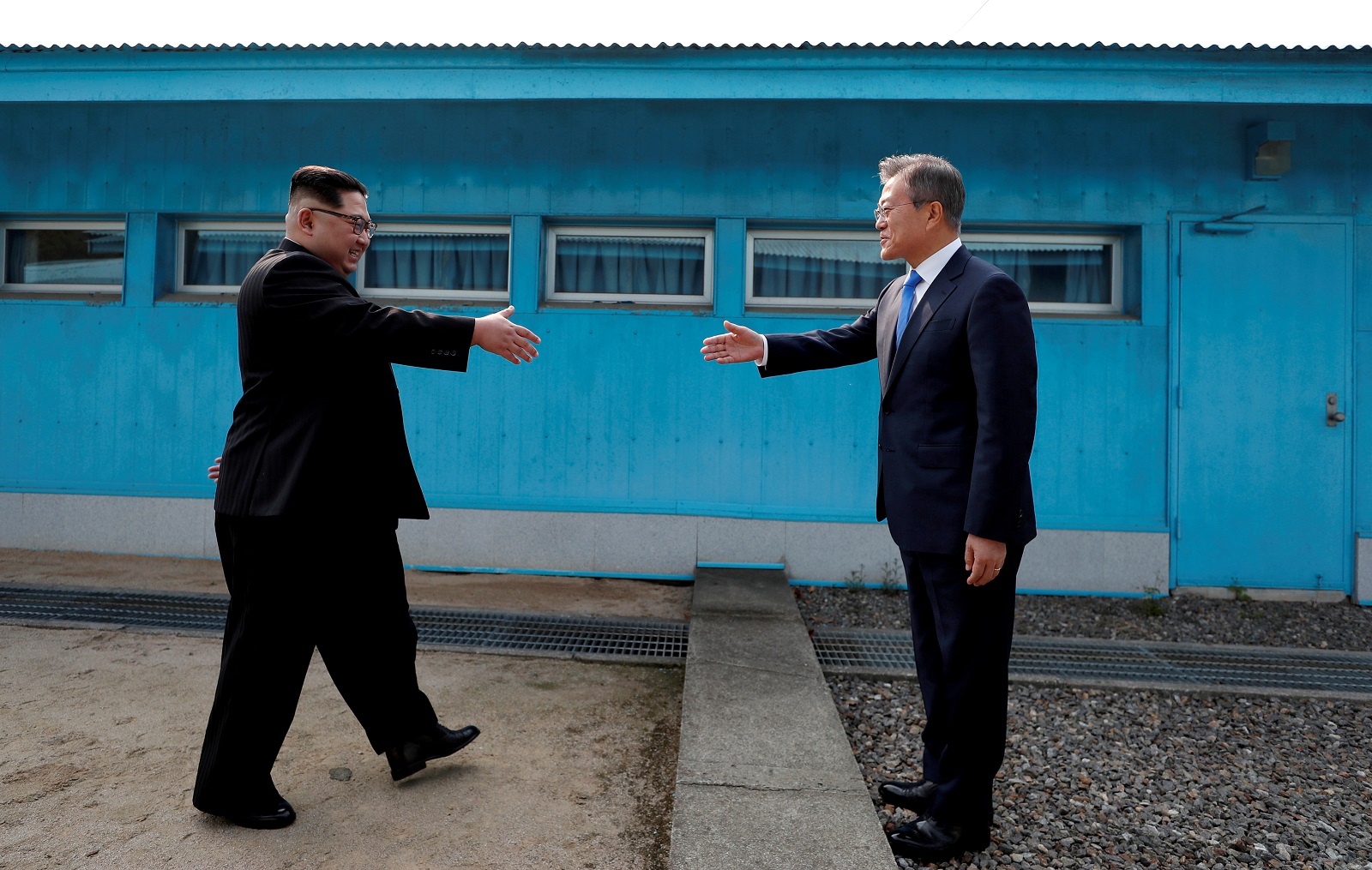 The recent missile and rocket launches are yet another example of how circumstance is crucial to understanding how North Korea reacts to JMEs. Less than two weeks before the first July launches, South Korea acquired two additional F-35A stealth fighters. North Korea’s reaction was unfavorable, to say the least. In an article explaining why North Korea is afraid of the newly acquired planes; Daniel R. DePetris, a fellow at Defense Priorities and a regular contributor to The National Interest, notes:

“The F-35, however, is no ordinary weapons platform. And coming at a moment when inter-Korean talks are stalemated and working-level discussions between U.S. and North Korean negotiators are hanging on by a thread, it’s no wonder Kim ordered his generals to keep improving the country’s military power.”

DePetris crucially frames the acquisition of the F-35s in the context of stalled talks. Likewise, analysis of North Korea’s recent missile tests should take into consideration the state of negotiations, as well as the security threats that military activity like acquiring new weaponry poses to Pyongyang. And a valid threat they pose, considering such a weapons platform could be used in the same manner—a lethal first strike weapon—as was the F-117 Nighthawk’s raid on Iraq in the beginning stages of the Operation Iraqi Freedom to assassinate Saddam Hussein. U.S. and South Korean F-35s could clearly be used towards a similar end.

In order to move forward in a meaningful way, the United States and North Korea must define the terms of their proposed new relationship by building on the goals laid out in the Singapore declaration. However, moving forward hinges on North Korea determining what concessions or actions will make them feel secure over the long run.

The nature of North Korea’s security dilemma—due to Pyongyang’s unfavorable geography position between or near powerful rivals, among many other challenges that make the Kim regime feel insecure—will be no easy problem to solve. Clearly ending joint military exercises permanently isn’t a cure-all to barriers in negotiations because they aren’t the only reason for North Korea’s insecurity—they’re just a symptom of it. The root of the problem stems from the insecurity itself, and though suspending JMEs can be an effective goodwill measure, nothing will become of goodwill measures as long as Pyongyang doesn’t have a clear idea of what will make them feel secure. Keeping this in mind, we should not craft policy on the expectation that North Korea’s behavior will change dramatically if exercises are paused—or even canceled. It’s been proven that Pyongyang’s behavior will more or less remain unchanged.

If Washington truly wants to change its relationship with North Korea, the bulk of negotiations will center around trading some form of sanctions relief for the beginning stages of the Kim regime’s denuclearization in what most likely will be a step-by-step approach. Suspending JMEs could serve as an important sweetener in negotiations, however, such an action won’t bring a sense of final peace to the Korean Peninsula over the long term. The only clear way to usher in this peace is clear: finding a way to end the constant insecurity elites in Pyongyang and ultimately Kim himself feels—the reason North Korea developed nuclear weapons in the first place.