I Live in South Korea Where Coronavirus Cases are Rising. Not Much Has Changed 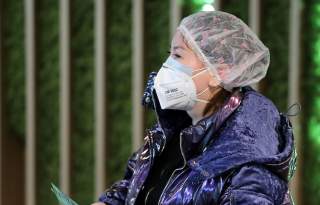 South Korea now has the second-highest number of cases of the coronavirus in the world. TNI has asked me to comment on what daily life is like under this threat, and I am happy to report that not much has really changed.

First, it is worth noting, per Andray Abrahamian, that because South Korea is an open society with an excellent medical system, you are hearing a lot more about corona here than in closed countries. It goes without saying that should corona strike North Korea, that repressive government will tell us nothing and treat the victims terribly. This is similar to why there are so many rumors about a spiraling epidemic in China. No one trusts the Chinese government or the communist party there. The media is controlled, and there are powerful prestige and foreign investment reasons for the Chinese government to stonewall or lie. The first response of the Soviet Union after the Chernobyl catastrophe of the 1980s was to lie too. No one should be surprised if the situation in China is worse than what we have been told. Kudos to South Korea for its honesty.

Second, South Korea is constrained by what a free society can do in response. The government is now moving to quarantine members of a church where corona has incubated. This raises pretty obvious questions of freedom of assembly and religion, and freedom from undue state interference in individual and group choices. The church may well pursue legal options if the quarantine is severe or prolonged. Similarly, the government has strongly recommended people wash their hands regularly, wear masks, and avoid large congregations, but it obviously cannot force people to do these things.

This problem is similar to anti-vaccination movements in the West. Should the liberal state coerce people into vaccination or quarantines? These are thorny questions for which there is no obvious answer. Seoul has, so far, erred on the side of liberal choice. This is one reason for corona’s spread, as potential carriers are not simply locked up. Japan has pursued that strategy regarding the Diamond Princess cruise ship, and one can only imagine how China is responding.

Third, South Korea may eventually be compelled to endorse more intrusive strategies. It now has the second greatest number of corona cases in the world, after China. Corona is now the lead story on the news every night and on the newspaper’s front pages. If South Korea cannot contain this soon, other countries may impose travel bans against it, as have they have been against China. As a trade-dependent economy, this would be a tough blow.

It is important to keep perspective. There are fifty-three million people in South Korea. Only four hundred thirty or so of them have corona, and only two have died. The sensationalism of disease outbreak coverage does not help. We have all seen too many movies, and overwrought invocations of Contagion or zombie apocalypse movies generate paranoia and unnecessary anxiety. South Korea is safe.

Fifth, lifestyle changes are what you would expect. Lots of people are now wearing masks (although I suspect they are a wash worse in aggregate, because they drive up social anxiety coupled mixed actual value in preventing contamination). On the subway yesterday, I saw more people wearing them than not. My children’s kindergarten requires them for students now. There is also something of a black market for masks popping up, as shortages are being reported. The government has moved to make mask hoarding illegal.

Most buildings now put hand-sanitizer at the entrances. This strikes me as wiser than masks – both more effective and less paranoia-generating. Both my employer and my children’s kindergarten do so. The kindergarten requires parents to sanitize their hands before entering and station a coterie of people at the door to ensure it.

The kindergarten staff is also checking the temperature of all children entering. This too is wise. All these measures illustrate how well South Korea responds to these sorts of things. I was here during MERS as well, and the measures were similar. As an American, I wonder if Americans would display this sense of social order in a crisis response.

Sixth, gatherings have been discouraged. Protests, marches, concerts, and so on are being canceled, often without the government insisting on it. Schools, which normally begin in March, have delayed their opening for two weeks at this point. I wonder if this will be delayed yet further if the number of cases continues to rise. And there is another large education issue looming – the return of Chinese foreign exchange students to South Korean universities. No one really knows how this will be handled, and the potential for incidents, xenophobia, and so on is obvious.

Lastly, the looming policy issue in all this is the lack of a travel ban against China. South Korea has not imposed one. As I noted earlier in this space, this is almost certainly due to political pressure from China. China is South Korea’s top trading partner. But pressure on the government from the opposition on this is rising. Newspapers are calling for it, as is the Korean medical establishment. Western countries banned Chinese travelers weeks ago. If the cases continue to grow into March, I think the South Korean government may finally be forced to do so too.

Coronavirus Outbreak in China Could Have Come from Snakes