What Will North Korea Do If Coronavirus Comes to Its Shores? 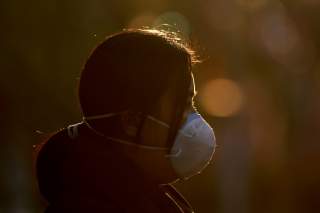 As the coronavirus spreads, especially in east Asia, the response of states with weak healthcare systems and low transparency will come into question. The United Nations has already identified this as its major administrative concern in its global response. Rumors are already circulating that China has far more cases than it has admitted, and there is gross inequality in the Chinese health care system. The Chinese Communist Party is hyper-sensitive to the regime’s portrayal in foreign media, and we know that the Soviet Union’s first impulse after the Chernobyl incident was to deny it.

North Korea obviously falls into this category. The regime notoriously lies and dissembles. If corona makes it there, the regime’s first inclination will be to deny it. Similarly, the health care system has been broken for decades. Much necessary care in North Korea beyond basic necessities is either not provided at all or comes from foreign humanitarianism. And now fears of corona’s potency has driven off those foreign workers.

This is likely why the regime has called the struggle against corona a ‘fight for national survival.’ Pyongyang has neither the resources nor the administrative culture – transparency, empiricism divorced from ideology, technocracy – to respond to a genuine epidemic. Sustained foreign assistance and, failing that, brutal repression would almost certainly be necessary to prevent a local plague.

A similar scenario played out during North Korea’s harsh, man-made famine in the late 1990s. The government lacked competence and administrative depth. The disinterest of the regime elite in popular welfare was manifest. Ideology was made a substitute for food. Foreign assistance was rejected if it came with any strings, such as distribution oversight to ensure that the army did not steal the aid. In the end, one to two million people starved to death. The regime did not budge. It neither changed nor admitted error. It just pushed through regardless of the social costs. The regime’s euphemism for this period is the ‘arduous march.’

That was under the leadership of Kim Jong Il, the father of current supreme leader Kim Jong-un. The current Kim has since made minimal food security a regime goal, not for concern for the population of course, but for regime security. A desperate, starving population is far more likely to riot and protest; they have nothing to lose. Indeed, it is a sign of the regime’s deep, terror-imposed stability that no revolt occurred back then, despite the attrition deaths of 10% of the population.

A corona outbreak would almost certainly parallel this sequence of events. The first concern would, of course, be regime security. The regime’s paranoia over internal revolt and foreign assistance would mean that repression against corona victims – isolating them harshly for long periods, perhaps even liquidating them – would be a tempting alternative to foreign help. Current South Korean President Moon Jae-In has offered help for years as a part of his détente and denuclearization efforts. The North has always turned him down. More generally, humanitarian assistance from abroad to the North often comes with rules to prevent regime abuse of aid. This is wise given North Korea’s history of aid diversion and graft. But it also means that the regime will likely consider repression first.

It is often suggested that authoritarian and totalitarian states are good at focused, individual projects, but do poorly a generalized social uplift. In other words, these states can mobilize enormous amounts of labor at low cost through brutal incentives to complete prestige projects rapidly. We see that today in China’s response to the virus. Beijing is building two new hospitals near Wuhan in just ten proposed days. But the wider effort of decentralized, broad-scope improvement requires freedoms, transparency, individual initiative, bureaucratic competence, and so on, which these states frequently lack for ideological or political reasons. That is, such countries do not want too much empowering, enriching activity taking place beyond the purview of the state for fear of challengers arising.

This means that a smallish outbreak in North Korea would be containable, even more so than in a democracy where victims would have rights and access to legal protections. The North can simply ignore such constraints and punish victims and preemptively isolate possibly infected people. In the West, it is much harder to legally physically isolate people this way.

Conversely, should an outbreak grow into an epidemic, the flimsiness of the North Korean welfare state – not the military, party, and ruling family apparatuses, but actual state services – would be immediately apparent. North Korea lacks the doctors, hospitals, reserves of medicine, modern medical devices, and so on to respond adequately and prevent a spiraling spread. An epidemic would be, as the regime itself realized, a matter of national survival.

As a result of this widespread institutional and bureaucratic weakness in popular medicine, expect the state to take ruthless measures to stop any spread – repression as much as care.