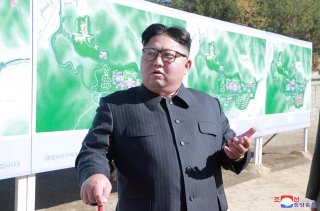 Speculations about Kim Jong-un’s death have simmered for days. But first and utmost, it matters what causes his unexpected death—failed surgical operation, a domestic coup or forced execution. Obviously entire speculations are packed up on his health and allegedly failed medical operation. There is no unpredictable domestic disarray.

There is no doubt that Mr. Kim has genuinely suffered from his over-fattened body at his age. Thus cardiovascular bypass surgical operation is certainly required to keep him healthy. The rumor we heard of a lot was that the surgical operation failed, and he was left completely unconscious and senseless at all. If it proves to be true, it would be an unbelievable test for Nother Korea’s ruling group. It could be quite likely that one of alive Kim’s family members—his sister Ms. Kim Yo-jong, or his uncle Mr. Kim Peon-yong, would be selected as the core of a new leadership to get through this creepy hiatus.

North Korea has been from its birthday a power-succession regime centering on Kim Il-sung’s family—a broadly propagandized as hefty, holy and destined “kings” of the country. Even with Kim Jong-un’s sudden passing, there is quite little denial of such a political establishment. At least, one of Kim’s direct relatives is more hopeful to succeed his in power. North Korea’s hereditary system will quite likely not break up with Kim Jong-un’s sudden death. As for how that inheritor would redirect North Korea into a new path, or continuously insist on Kim’s trajectory to embrace nuclear weapons while conditionally engaging Republic of Korea and the United States, we have to wait and see.

But by all takes, it would be a watershed event for this most reclusive country in the world if Kim Jong-un’s sudden death could be fully confirmed. It could be largely history-making, and perhaps history breaking. Looking back to China’s history, there was only less three years later that Deng Xiaoping’s China inspirationally declared a “reform and open-up” policy after Mao Zedong was dead in 1976. But it seems that this can hardly take place in North Korea as long as family hereditary system prolongs. Deng was Mao’s comrade, not his family member. Deng had no necessity to safeguard Mao’s reputation and heritage. If Kim Jong-un’s sister would be eventually selected to be heiress, there is little possibility that North Korea will change significantly.

Actually Kim’s sudden death, if confirmed at last, would happen in a quite troublesome moment. Now the COVID-19 pandemic is hard-hitting East Asia and the world. More importantly and ironically either of the two big powers—the United States and China—may squander their rare chance to reinforce cooperation and unity. Instead, the pandemic witnesses their mounting escalation of conflicts. The Trump Administration’s China-bashing and spired hostilities from Capitol Hill have tremendously compounded Beijing’s suspicions as to what the real purpose of America’s China policy is, and at least, are infuriating the Chinese in a fightback. As long as growing tensions between Beijing and Washington are concerned, any uncertainty out of North Korea might trigger a new wave of geopolitical wrestling in the region. Thus, the geopolitical ramification of Kim’s sudden death would be likely ominous. Therefore, what I am afraid of is that geopolitical competition in the Korea Peninsular might add to the tragic severity of the pandemic crisis. These prospects seem unbelievably gloomy.

Encouragingly though, the Seoul government declared on April 27 that Kim Jong-un remains “alive and well.” President Moon Jae-in simultaneously reiterates his resolve to push for inter-Korea cooperation. Perhaps, we could have an easy breath from now on. Diplomatic and economic positivism from Seoul would be a big mitigation to any uncertainty in Pyongyang.

Zhu Feng is the Executive Director of the Center for Collaborative Studies of the South China Sea and Director of Institute of International Studies at the Nanjing University in China.