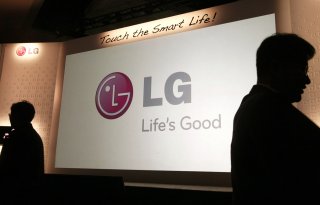 For as long as OLED TVs have been available, LG has been the top name in the industry. RTINGS’ rankings of the top TVs available on the market are traditionally dominated by LG OLED models, and while Sony’s A90J has overtaken the top spot, LG OLED TVs currently have six of the models in the top ten.

LG has now announced its rollout plans for its 2022 OLED models, which were unveiled at CES in January. The new lineup consists of a wider-than-usual range of screen sizes.

The 2022 rollout for LG comes as Samsung, its longtime rival, is rolling out its own TVs, including the first-ever model featuring the new QD-OLED technology. This includes a ninety-seven-inch screen, as well as seventy-seven-, sixty-five-, and fifty-five-inch sizes in the G2 series. The C2 series offers eighty-three-, seventy-seven-, sixty-five-, fifty-five-, and forty-eight-inch sizes, as well as LG’s first forty-two-inch OLED TV.  LG is also offering an 8K Z2 model, along with the B2 OLED TV series and the A2 series.

The A2 series includes the sixty-five- and fifty-five-inch models, both of which have availability and pricing to be announced. The seventy-seven-inch model arrives in April at a price point of $12,999.

“The next evolution of Self-Lit Pixels brings a new definition of brightness. The latest LG OLED TV features the all-new Brightness Booster powered by an advanced processor making the display brighter than before. This cutting-edge technology revolutionizes picture quality, producing deeper shades of black and brighter highlights to reveal incredible levels of detail and color,” LG said in its CES press release.