Making Progress With North Korea Outside the Nuclear Arena 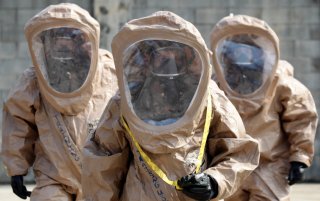 We recently passed the third anniversary of the last summit between the United States and the Democratic People’s Republic of Korea (DPRK), held between President Donald Trump and Kim Jong-un on February 27-28, 2019, in Hanoi. Neither the United States nor South Korea has had significant engagement with North Korea since that summit failed. The situation has settled into an unsatisfactory stalemate during which North Korea has been improving and testing its missiles.

The blame for the absence of talks lies mostly with North Korea, which has refused invitations to meet, but placing blame doesn’t fix the problem of how to resume engagement. Picking up where we left off seems implausible. The old negotiating framework of denuclearization in exchange for sanctions relief has not worked and nothing has changed during the past three years that makes it look more promising. A different way to restart talks might be to offer some sanctions relief to North Korea if it would sign the international Chemical Weapons Convention (CWC).

Since the CWC opened for signature in 1993 and entered into force in 1997, 193 countries have subscribed to it. Today, the only countries that have not joined are Egypt, South Sudan, and North Korea. Of those three, South Sudan has announced that it will sign the convention, and Egypt has engaged with the CWC state parties by attending the twenty-fifth Conference Session of the Organization for the Prohibition of Chemical Weapons (OPCW), which administers the convention, in 2020.

The sole hold-out, North Korea, periodically has been invited to sign the CWC by the OPCW Secretariat, most recently in April 2021, but has not replied. State parties, including the United States and South Korea, are committed to pursuing universal membership, implying that they should already be urging North Korea to accede to the Convention.

The purpose of the CWC is to permanently and verifiably eliminate chemical weapons. Signatories are obligated to provide an inventory of their holdings, develop and execute an observable destruction program, and subject themselves to verification inspections. Unsurprisingly, the Convention has been imperfectly implemented. The fact that so many countries, including notoriously bad actors, have been willing to sign the convention shows that it is not particularly onerous. There have been discussions among the CWC member states about whether compliance should be toughened, most recently in regard to what action might be taken against Syria for its use of chemical weapons.

And yet, the CWC has led to the destruction of vast chemical weapons holdings, has made their use internationally unacceptable, and the OPCW has carried out thousands of inspections around the world. For its successes, the OPCW was awarded the Nobel Prize in 2013. The Nobel Prize money, together with financial support from the city of The Hague, where the OPCW is headquartered, finance its operations. The CWC is not a UN treaty, nor is the OPCW a UN body, which may make it easier for North Korea to join since its myriad UN Security Council Resolutions violations would not have to be mentioned.

The CWC has distinct advantages for dealing with North Korea. Its subject matter is directly applicable to North Korea, which has long been suspected of chemical weapons holdings. It would reduce—theoretically eliminate—the risk of chemical weapons being used in the event of a conflict on the peninsula. The CWC stands apart from regional power rivalries because the United States, China, Russia, South Korea, and Japan are all signatories who would welcome North Korean membership; signing it would not have the appearance of a North Korean concession to the United States. Perhaps its chief advantage is that would gently introduce North Korea to an established, international verification regime to which 193 countries already have been subjected. That might be a helpful step towards an eventual North Korean nuclear verification regime.

Another attractive feature of the CWC in regard to diplomacy with North Korea is that it contains a built-in sanctions relief mechanism. Article XI of the CWC states that signatories have the right to develop, produce, acquire, retain, transfer, and use chemicals for industrial, agricultural, research, medical, pharmaceutical, or other peaceful purposes. One of the incentives that was written into the CWC to persuade countries to sign is that it protects member states from interference in their trade in chemicals.

For North Korea to sign the CWC would, therefore, trigger sanctions relief automatically, at least in the chemical sector. The U.S. administration would be able to escape a debate over whether and how to lift sanctions on North Korea because lifting them would be part and parcel of North Korea’s signing the CWC. The CWC even includes the “snap back” mechanism that has been discussed in regard to North Korean sanctions relief. Article XII states that countries that violate the Convention’s obligations can have sanctions imposed upon them. Article XII explicitly is titled, “Measures to Redress a Situation and to Ensure Compliance, Including Sanctions.”

So, just how should we reengage North Korea? History shows that offering North Korea unilateral concessions has not led to constructive engagement. They just pocket them. Pressuring North Korea into another round of talks does not seem feasible given the degree of economic distress they have been prepared to inflict upon themselves for the purpose of Covid-19 control. The best way forward would be to propose a concrete, mutually-beneficial agreement outside of the nuclear arena, such as accession to the CWC. As a practical start, the United States and South Korea could encourage North Korea to accept the OPCW Secretariat’s standing invitation to talk. Then we’ll see what might follow.

Mark Tokola is Vice President of the Korea Economic Institute of America in Washington, DC. He retired as a U.S. Senior Foreign Service Officer with the rank of Minister-Counselor in September 2014. His last posting was as Minister Counselor for Political Affairs at US Embassy London. Previously he had served as Deputy Chief of Mission at the American Embassies in Seoul, Republic of Korea; Ulaanbaatar, Mongolia; and, Reykjavik, Iceland. Among his other postings were two tours at the US Mission to the European Union in Brussels, Minister-Counselor for Economic Affairs at Embassy London, and Economic Counselor at US Embassy The Hague. He also served as Director of the Iraq Transition Assistance Office (ITAO) in Baghdad from 2007-2008.