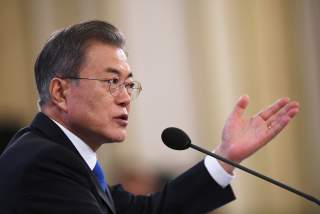 Over the years, U.S. policy toward North Korea’s aspirations to become a nuclear weapons state have included a relentless effort to isolate and sanction the Pyongyang regime. By ratcheting up pressure, Washington seeks to create a circumstance where the regime sees a better future without nuclear weapons than with them. These efforts have traditionally been accompanied by a willingness to engage in dialogue with Pyongyang, but tightly focused on the denuclearization issue, combined with preparedness to match North Korean actions with steps to improve relations, notably reducing sanctions.

Starting with the Bush Administration in the early 2000’s, the U.S. position was that the chances for success would improve if regional players, notably Japan, South Korea, China and Russia, were also included in the process. This multilateral approach took the form of the Six Party Talks, which amounted to an explicit understanding that the U.S. lacked sufficient leverage to bring North Korea around on its own, and would require the participation of the neighborhood.

The Trump administration has changed all that. During the past year, the policy of putting “maximum pressure” on North Korea has been replaced with high level summitry, loosely focused less on denuclearization, but on the broad strokes of future economic, political, and perhaps even security and cultural ties. In addition, the administration has eschewed multilateralism, preferring a bilateral process coordinated somewhat with South Korea’s own Nordpolitik, but whose multilateral dimension is largely limited to briefing regional players after the fact.

The Trump administration has attempted to take the high ground of being “tough,” claiming it will defer sanctions relief until the North Koreans completely, verifiably, and irreversibly denuclearize.

The focus on leader-level summitry has also been unusual in its apparent lack of normal preparation. Successful summits are well prepared by legions of staff. This ensures that the outcome, often set out in a draft joint statement released at the summit’s conclusion, is already determined ahead of time. As a result, when the leaders convene they are assured at the outset that their meeting will be a full-blown success.

This was clearly not the case in Singapore, nor, if the intervening time is any guide, will it be the case in the second summit. North Korea has apparently not agreed to provide any list of nuclear programs nor to offer any schedule of dismantlement. Instead it has engaged in random acts of denuclearization—dismantlement of a missile test site, an engine test site here and there—whose significance, absent any broader list of facilities slated for decommissioning is difficult to gauge. There have been very few meetings between staff, a situation Pyongyang seems to prefer. The U.S. negotiator, a national security official with deep experience in previous administrations on Senate committees, has spent much of his time seeking a meeting with his counterpart, who during the negotiations with the Bush administration, was the North Korean interpreter.

What happens in the upcoming summit is anyone’s guess. But based on the lack of progress since the last summit, there is little prospect for achieving a breakthrough. Instead, we can expect more North Korean demands for sanctions relief and U.S. steps to prove no hostile intent—code for removing U.S. troops from the Korean peninsula. President Trump will probably emerge with vague claims of progress and boasts that the meeting has further solidified North Korea’s commitment not to test. Meanwhile, North Korea will continue to develop its nuclear arsenal.

Christopher R. Hill, former U.S. Assistant Secretary of State for East Asian and Pacific Affairs, was U.S. Ambassador to Iraq, South Korea, Macedonia, and Poland, and the chief U.S. negotiator for the six party talks with North Korea from 2005–2009. He is Chief Advisor to the Chancellor for Global Engagement and Professor of the Practice in Diplomacy at the University of Denver.