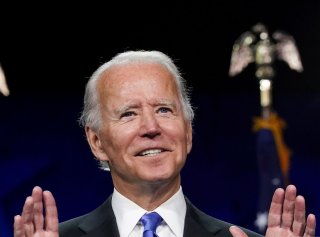 If Joe Biden wins the Oval Office this November, his policy toward North Korea will look very different from what we have seen during the second half of Trump’s presidency, since 2018. However, this will not mean something new or particularly innovative. The most likely result would be a return to the “hostile neglect” which characterized Obama’s second term and his strategic patience: not much initiative from the U.S. side, but a rather reactive approach.

North Korea will probably not be high on the agenda of a President Biden. The health and economic crises produced by the coronavirus pandemic as well as the racial and social tensions which have erupted over recent months will continue to dominate his campaign and would dominate his first months in office, in the event of his election. Also, for what concerns foreign policy there are pressing issues that require more attention than the North Korean nuclear problem. For this reason, Biden’s policy will probably be one of limiting potential risks and reacting to the developments on the peninsula, probably with regional alliances and multilateralism through the United Nations Security Council. It is highly unlikely that the democratic candidate will take the initiative one way or the other with North Korea: reaching out to Kim Jong-un like Trump did or pursuing a more hard-line approach.

Unlike Trump, Biden has a lot of prior experience in foreign policy both from his four more years over Trump in the White House as VP and his even longer experience in the Senate, including in the Committee on Foreign Relations. In this perspective, Biden will most likely return to a more traditional approach to foreign policy in terms of strategies, goals, and practices very different from Trump’s pragmatic, opportunistic, and sometimes improvised approach. Biden has already made very clear that he is not willing to continue the personal diplomacy inaugurated by Trump, as demonstrated by the repeated criticisms towards Trump’s decision to reach out to Kim without a clear strategy. Biden’s preferential approach would be similar to that of the Iran Deal, with a long and detailed multilateral negotiation. As already happened in the past, this approach will not likely be accepted by the North Korean leadership which clearly prefers a bilateral dialogue with America, possibly with the bonus of highly scenic summit with a global audience.

Another key aspect of Biden’s foreign policy will be a return to traditional U.S. alliances weakened by Trump’s approach, in particular with South Korea. The return to a “new normal” with Biden will mean the end of threats to withdraw troops from the peninsula and more manageable requests to reach a deal for South Korea’s financial contribution. A re-alignment between Washington and Seoul will not necessarily mean more coordination to pressure Pyongyang. With two more years in office, Moon Jae-in can try to persuade Biden to support progress in inter-Korean relations, creating positive conditions for improving inter-Korean cooperation and more operating space for the South Korean government.

As already happened with the two previous administrations, a key factor and the real test for Biden’s approach to North Korea will come with the behaviour of the leadership in Pyongyang, which might include different forms of provocation. If that will be the case, the U.S. government will be forced to react, and its response will be crucial in shaping the dynamics between the two countries for the rest of a Biden presidency.

Marco Milani is an Assistant Professor at the Università di Bologna, a Research Fellow at the University of Southern California (USC) Dornsife Korean Studies Institute, and Co-Editor of The Korean Paradox: Domestic Political Divide and Foreign Policy in South Korea.