North Korean Redefectors: Why Escape North Korea Only to Return? 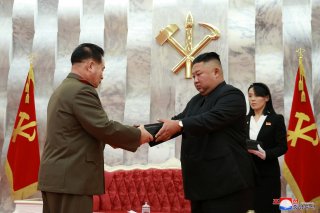 South Korea’s Joint Chiefs of Staff told reporters recently that a 24-year-old man, identified only with the surname “Kim,” crawled through a drainage ditch in Northwestern ROK’s Ganghwa Island and proceeded to swim across the DMZ to North Korean shores under the cover of night. Kim was previously a North Korean defector who escaped to the ROK three years ago; precise details vary, but current reporting suggests that Kim faced sexual assault charges in South Korea and faced imminent arrest prior to his return to DPRK. The border zone of Ganghwa Island is saturated with layers of barbed wire fencing and state-of-the-art security camera coverage, but the island’s drainage canal system was apparently unmonitored and wholly unguarded.

Kim is the most recent of 11 confirmed North Korean redefectors who have undergone the harrowing experience of crossing the DMZ to flee to the more prosperous South, only to return to their homeland in the following years. The actual number of redefectors is likely much higher according to South Korean academic Chan-il Ahn, who told The Korea Herald that there are as many as 100 such cases to date. North Korea typically employs redefectors as propaganda tools to deliver the state-sponsored message that life in South Korea is vastly inferior to its northern counterpart, but Pyongyang apparently has different plans in store for Kim. In what is seemingly a scheme to blame the presence of Covid-19 in North Korea on outside actors, DPRK’s state news service has identified Kim as the first suspected Coronavirus case on North Korean soil -- this, despite South Korean authorities claiming that Kim was neither a confirmed coronavirus patient nor on any contact tracing list.

The growing phenomenon of redefection raises several security concerns; the marine corps commander in charge of monitoring the DMZ has been fired following the incident, but the relative ease with which Kim and others have slipped through South Korea’s side of the DMZ suggests systemic border security deficiencies that have yet to be confronted by Seoul. Further highlighting the problem at hand, South Korean authorities allegedly did not learn of Kim’s escape until it was reported by North Korean state media. This latest news stokes renewed fears that Pyongyang is exploiting the apparent porousness of the DMZ by infiltrating illegal resident agents to conduct a wide range of covert operations on South Korean soil. Although it is exceedingly difficult to ascertain how many redefectors have formal ties to North Korean intelligence, it is all but assured that any returning North Korean redefector will be subjected to an extensive debriefing session-- one that may potentially yield classified or otherwise sensitive information about the defector resettlement process or other aspects of South Korean governance.

The epidemic of redefections likewise exposes the broader problem that South Korea currently lacks any system by which to track resettled North Korean defectors, just under 1,000 of whom have since ‘disappeared’ by migrating overseas without a forwarding address -- a portion of these migrants were found to have returned to DPRK by way of China.

From missile defense systems to advanced homegrown fighters, South Korea’s military-industrial complex has made immense strides in acquiring high-end military hardware to deter a potential North Korean strike. Nevertheless, the growing prevalence of redefection suggests that there is more work to be done when it comes to monitoring and preventing unauthorized movements along the DMZ.