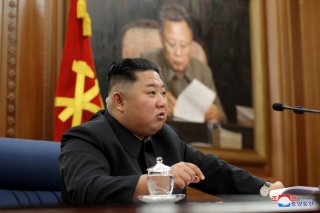 After Donald Trump leaves the Oval Office, one area where the Joe Biden administration--if Biden wins--should and would continue his predecessor’s policy is North Korea. Biden’s team will reassess Trump’s deals with Kim Jong-un and say it was too lousy and lacking of a detailed plan. Biden would most likely not express his personal goodwill towards the authoritarian leader. Instead, Joe Biden will emphasize a more principled approach to nuclear negotiations.

Yet, at the end of the day, Biden will find himself engaging North Korea for nuclear negotiations and broader peace-building efforts on the Korean Peninsula because it is in the U.S. national interest for the following reasons:

First, the Biden administration will most likely face urgent domestic challenges including an ongoing pandemic situation, deep economic trouble in danger of a great recession, a political crisis of challenges led by Trump and his supporters accusing election fraud, and so forth.

Second, President Biden will have other important foreign policy priorities, starting from resetting U.S.-China relations, dealing with Russia’s past and current wrongdoings; resurrecting the Iran nuclear deal; and rebuilding U.S. leadership in trade, climate change, alliance management, and multilateral institutions amidst possible black swan events like a worldwide economic crisis, the second wave of a global pandemic, or a resurgence of terrorism.

Third, in the Indo-Pacific, there could be a more urgent crisis requiring immediate U.S. attention, such as a clash in the South China or the East China Sea, Cross-Strait tensions, India-China or India-Pakistan border disputes.

A nuclear crisis on the Korean Peninsula is another possibility. However, this is quite an unlikely scenario because nobody in the region wants it. Kim Jong-un is quite confident about North Korea’s nuclear capability with which Pyongyang seeks to make a deal, not a war. Seoul is more interested in a peaceful engagement with Kim, not a nuclear confrontation. China’s long-standing interest has been maintaining peace and stability on the Peninsula. Japan wants to see North Korea’s nuclear and missile threat gone while avoiding a war. Russia is content as long as it has a voice on the Peninsular issue.

Yet, Biden may well be skeptical about North Korea’s pledge to denuclearize. As vice president, Biden watched Obama make efforts to engage Pyongyang for nuclear negotiations, which were only met with Kim’s defiant nuclear and missile tests.

However, Biden will find himself in a better position to make a deal with Pyongyang. Biden will face two different leaders of Korea. Unlike his years of uncertainty, riddled with succession anxiety at a very young age, today’s Kim Jong-un is more open and eager to engage, as proven in his summit diplomacy over the past couple of years. More than anything else, Kim seems to be interested in developing the economy, currently under stress from years of U.S.-led economic sanctions.

Of course, Kim would not just give up his most precious asset for simple economic benefits. Yet, he seems to show a certain level of flexibility, when it comes to the give-and-take process of nuclear negotiations. If realized, this process would at least put a certain cap on his nuclear program. If Biden thinks the Iran deal still represents the least of the worst options, the same logic can be applied to the North Korean problem as well. Moreover, China would be more than willing to facilitate the negotiation as they did in the Iran deal and Six Party Talks.

Finally, Biden will find another important partner—South Korean President Moon Jae-In. In fact, throughout the Obama administration, inter-Korean relations became increasingly mired by North Korean military provocations and nuclear tests. It was difficult for Washington to engage Pyongyang and simultaneously express its unwavering support for Seoul’s hardline policy towards Kim. The situation that Biden will face will be much different, involving President Moon—a strong believer of the ROK-U.S. alliance—is also eager to make peace with Kim. Seventy years has passed since the Korean War in 1950, yet the two Koreas technically remain at war without a peace treaty. Biden, not Trump, can make history if he takes advantage of Trump’s legacy of actively engaging the two Koreas who are eager to make a deal for a permanent peace on the Korean Peninsula.