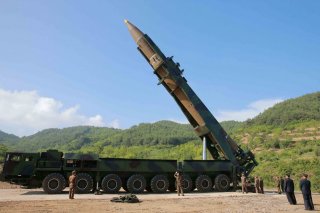 North Korea is, at least according to one Senior White House Official I spoke to just recently, “not only the Trump Administration’s top national security challenge, but the most frustrating geopolitical challenge of our lifetime.” When this person was asked if their frustrations had increased recently thanks to rumors regarding North Korean leader Kim Jong-un they would only add—while declining to answer about Kim specifically—that “we never have enough information when it comes to North Korea—we know what we know—and even when we think it’s enough, most times it never is.”

Fair enough. But that doesn’t mean the rumor mill when it comes to recent reports that Kim is either dead, brain dead, alive and well, injured by a missile test or reacting in some way to the Coronavirus pandemic is going to stop anytime soon. Well, not until either Kim reappears or Pyongyang announces his death.

Considering all of this, the Center for the National Interest’s Korean Studies team decided to ask dozens of the world’s top experts a simple question: What would happen if Kim Jong-un died suddenly?

For the last few days, we have been compiling responses and publishing them in our Korea Watch section here in the National Interest. As more responses are submitted, we will add to this list. As you will see, experts from across the world have many different ideas of what the likely outcome would be. For instance, some fear total chaos, while others feel it would be nothing more than business as usual. Our goal is to add to this list until we have a clear sense of Kim’s status.

Update: With reports and photos showing Kim's reemergence, considering the importance of this topic, we will press forward on this symposium until all submissions are received and published.