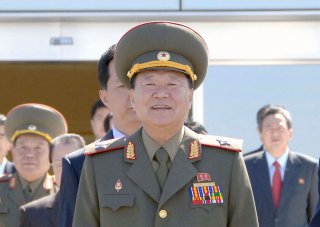 Whether Kim Jong-un is dead, incapacitated, or recovering from a medical procedure, his absence from public view raises a series of questions about the stability of the regime and of the Korean peninsula more generally. Much speculation—that the system is potentially unstable, that there will be a power vacuum, that we are in for a period of more provocations—fundamentally misunderstands the nature of the North Korean political system.

Question #1. Is the North Korean system stable in the absence of its leader? The short answer is “yes.” Although North Korea is a notoriously personalist family dictatorship, it also maintains a number of the institutional features of communist political systems: clearly delineated formal institutions, a top-down structure, and strong norms of loyalty and obedience.

Question #2. How would succession work? We expect that the Politburo of the Korean Workers Party would play a pivotal role in any succession. Not only can the Politburo generate new leadership but it provides collective support from key stakeholders: from the party, the security apparatus, the military, state institutions, and the mass organizations. The Politburo may augment itself with new members, or may communicate with the party, the military, and the state through an expanded, ad hoc meeting. But the Politburo and its members are likely to be the organizational focal point for any transition.

We focus on the Politburo because of the size of the bodies between which it is nested. In China, Xi Jinping has clearly centralized power but he still relies on the Politburo Standing Committee, with seven members. The corresponding body in North Korea, the Politburo Presidium, has precisely three: Kim Jong-un, Ch’oe Ryong-hae, and Pak Pong-ju. A body this narrow is not adequate to provide the support that will be needed to assure the succession is smooth. The Central Committee, on the other hand, is too large with about 125 members.

The Politburo fits the golden rule of being right-sized; it has 13 members (excluding the three Presidium members and Kim Yo-jong, Kim Jong-un’s younger sister and a Politburo alternate member). More importantly, it also reflects all of the core political bases. While Kim Jong-un has not proven the reformer many thought he would be, he has in fact crafted a new leadership in the Politburo, with all members except for the three Presidium members coming on board since the Party Congress in 2016. Indeed the faces on the Politburo are surprisingly fresh, with one member elected in October 2017, five coming on in April 2019, and three in December 2019. The newest member was elected in early April 2020. All of these actors share a strong common interest in assuring continuity.

Question #3. Who is likely to lead? Scanning the biographies of the Politburo members, one individual stands out as a likely leader even if the structure looks collective: Ch’oe Ryong-hae. Ch’oe has impeccable family credentials; his father fought with Kim Il-sung in Manchuria against the Japanese, and he was tapped as one of the trusted insiders who helped Kim Jong-un navigate the succession at the time of his father’s death in 2011. His CV looks like a virtual “who’s who” of influential positions in the regime: Mangyongdae Revolution Academy, Kim Il Sung University, Socialist Youth League, party central committee, vice-marshal, vice-chairman of the Central Military Commission, director of the Korean People’s Army General Political Bureau, director of the Organization and Guidance Department, President of the Presidium of the Supreme People’s Assembly, and member of the Politburo Presidium, the highest party body. No one other than Kim Jong-un has the credentials to match him, and we can’t see him being sidelined by any of the other members of the Politburo, many of whom are more siloed military commanders or state functionaries.

Question #4. What about the family angle? A legitimate question is whether a regime of this sort can really survive without someone at the helm who is directly in the much-vaunted bloodline. With the uncles and brothers assassinated under Kim Jong-un, the only obvious candidate in this regard is Kim Yo-jong, Kim Jong-un’s younger sister. We have to put some probability—even if low—that the leadership could buck its patriarchal traditions and put her at the helm. But it is more likely that she will play a pivotal role as something akin to the chief-of-staff, a role she effectively played for Kim Jong-un.

Her power is not only familial; in such a regime, the leadership controls vast networks of foreign accounts and access to those resources—in effect the bank account numbers—are likely to be held by family. She has also worked through a number of important institutional roles. From 2018, she served as a vice-director of the party’s Propaganda and Agitation Department, an important institution that curates and controls media information and the narrative surrounding the Kim family cult. In late 2019, she appears to have assumed the role of vice-director at the party’s Organization and Guidance Department, which controls and monitors the party apparatus. These roles and her position in the family provide her extraordinary power even if she does not formally assume the position of Supreme Leader.

Question #5. Will North Korea respond to an internal crisis by continuing its recent provocations or even escalating them? There is some sliver of logic to the argument that we might see an uptick in provocations, but we generally find this line of argument puzzling. The reason is simple: there are only two outside actors who could possibly exploit the circumstances to take the regime down and those are the United States, perhaps acting in consort with South Korea. But Trump is disinterested. He has more or less openly stated that he did not place a high priority on solving the North Korean issue before the election, and in any case the administration is tied down by the pandemic. We can expect to see the North Korean military and internal security apparatus go on high alert if Kim Jong-un has in fact died or is incapacitated. But we find it unlikely that the regime would draw any more attention to itself than it needs to.

Question #6. What about China and South Korea? South Korea’s Moon Jae-in has long sought to improve North-South relations and will extend sympathies and offers of help even if they are declined. But China is the key player in the end, and we saw their response to a succession in 2011: complete and total support for the regime, few questions asked. China has absolutely no interest in seeing the regime implode, and may even act as a lender of last resort if there are signs of economic or financial panic. There is an important implication: maintaining the sanctions regime—which is already leaking—will likely be difficult.

Question #7. Could COVID-19 scramble the logic of a smooth succession? The short answer is “yes.” On the one hand, North Korea did attempt to reach out for external support and has followed its socialist cousins in the region—China and Vietnam—with tough top-down measures to contain spread if not limit it entirely. For example, North Korea moved relatively quickly to close the border with China and although it has still admitted no COVID-19 cases, there is ample evidence it is taking the virus seriously.

On the other hand, the risks of an absolutely catastrophic spread in the country are nontrivial. As many as a third of the population is undernourished, the health system is underfunded, and numerous institutions and facilities—including packed military barracks—are highly vulnerable. If the leadership were to be preoccupied with succession and take its eye off of the virus, then North Korea could easily become a humanitarian disaster of the first order. But the regime has weathered these disasters before, and it is not clear that a significant death toll would derail the regime.

Stephan Haggard is the Lawrence and Sallye Krause Professor of Korea-Pacific Studies and director of the Korea-Pacific Program at UC San Diego. He is a Visiting Fellow at the Peterson Institute for International Economics and has been a consultant to AID, the World Bank, the United Nations Conference on Trade and Development, and the OECD and is a member of the Council on Foreign Relations.

Daniel A. Pinkston is a lecturer at Troy University in Seoul. He is former Deputy Project Director, North East Asia at the International Crisis Group.