What Will 'North Korea 4.0' Look Like If Kim Jong-un Dies? 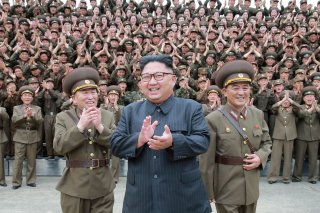 For the past two weeks, both the media and SNS have been flooded with unconfirmed information and speculations about Kim Jong-un. Thus far, we are hearing five possibilities about Kim Jong-un’s whereabouts: in isolation to prevent contracting COVID-19; already caught COVID-19; underwent successful surgery and is now recovering well; underwent surgery that failed and is now in a coma or brain-dead; and already dead.

Indeed, it is not the first time that Kim Jong-un has been out of sight. In 2014, Kim Jong-un disappeared from the public eye for over a month and came back walking with a cane. This round, although Kim Jong-un has only been away for around two weeks, his absence from the annual pilgrimage to the Kumsusan Palace of the Sun to commemorate Kim Il-sung’s birthdate on April 15, combined with his visibly worsening obesity, heavy smoking, and notable breathing problems intensified speculations about the leader’s health status.

My immediate take is that I would not be surprised if Kim Jong-un has suffered (or is suffering) from some kind of chronic health problem, but I would also not be surprised if he springs back to the scene. The fact is that no one can be certain until the North Korean state media provides some kind of announcement and footage of Kim Jong-un. If we do have real-time, accurate information about the leader outside of the state media, it means that his personal security and the state’s information security has been significantly compromised. Even when Kim Jong-il died in 2011, no-one except those in the most inner circles of the regime knew until several days after.

Whatever the case concerning Kim Jong-un’s health, the current situation is a reminder that we do need to think about the post-Kim Jong-un scenario as that will be an inevitable contingency that we must deal with whether in the short or long-term. Ever since the state’s formative years, North Korea has been sculpted to ensure the Kim dynasty’s survival, based on the principles of centralization, politicization, and inheritance. Hence any cracks in the above three principles would almost certainly lead to a major crisis.

Abrupt instability in North Korea is far from desirable as we not only have little or no control over the chaotic situation that unfolds, but also because we will face myriad problems in dealing with the fallout, particularly when the world is already fighting a tough battle against the COVID-19 pandemic and various other security problems.

Yet thinking about the future of North Korea is different from making predictions. Despite the temptations, predictions based on limited pieces of unconfirmed information would only throw us into echo chambers and groupthink that has serious consequences if proven wrong. The reality is that there are many ways in how the current third-generation leadership could end, and many more scenarios in how the future unfolds, busting open a new chapter of problems concerning the rogue state. Hence for now, it is far more important to think about the future based on questions as opposed to presumptions so that we can better conceptualize and prepare ourselves for the problems we could face.

The first question is whether the Worker’s Party of Korea (WPK) will continue to have secure governance over North Korea. Constitutionally, only the WPK can rule, and the other political parties such as the Chondoist Chongu Party and the Korean Social Democratic Party simply do not have the organizational nor resource capacity to rule North Korea. Still, there are uncertainties over who will lead the WPK, as it could be led by Kim Jong-un’s younger sister Kim Yo-jong, his uncle Kim Pyong-il, or some kind of collective arrangement like in China or other one-party socialist states.

Indeed, Kim Yo-jong would make sense from hereditary viewpoint and has indeed gained greater prominence in the WPK as the First Deputy Director of the Propaganda and Agitation Department and also as the alternate member of the Political Bureau of the Central Committee. Yet the issue with Kim Yo-jong is her authority in the command and control of the KPA and defense planning, as she is not known to have a military rank, nor any official positions in the Central Military Commission (CMCWPK) or the State Affairs Commission (SAC) that governs the military. Hence although she has the inside track as a member of the family and could very well further climb up the political ladder, Kim Yo-jong is still in the very early stages of building her own power base.

The second question is whether the Korean People’s Army (KPA) will work under the WPK leadership or try to replace (or at least significantly influence) it. To date, one of the key factors behind the Kim dynasty’s survival has been the WPK leadership’s ability to maintain tight control over the KPA through the General Political Bureau and the Ministry of State Security. But what if the WPK fumbles its control over the KPA, and or if the military loses faith in the system? One must remember that despite the songun (military-first) politics that further made the KPA as the most important tool for the regime, they too have suffered from the economic failures, and may feel that they can better govern the state.

Broadly, there are two possibilities. One is where the KPA remains united and governs North Korea under a military regime. Strategically, the regime would be strategically hardline and do whatever it can to keep the society under its control. The other scenario is the fragmentation of the KPA based on divergent and conflicting interests. Obviously, this would be the most chaotic, as we could see North Korea slip into a warlord era with the risk of a civil war. Whatever the scenario, the major problem is that the KPA is quantitatively armed with a growing strategic weapons inventory.

Finally, the third question is how the North Korean citizens view the developments that unfold. While many of us would hope for a peaceful transition toward democratization, the problem is that people in North Korea have little or no knowledge about political alternatives and democratic practices, and above all, have limited means of being empowered in the country. Indeed, the growth of market activities is a step, but there is still a long way before the developments can lead to a proper, sustainable democratic society. Unfortunately, this means that the state will remain to be the encyclopedia of human security issues that it has been for decades.

The strategic implications and the response vis-à-vis North Korea much depends on the circumstances that unfold. But whatever the case, it is critical to stay level-headed and vigilant, as poor conceptualization and preparation would only further exacerbate the already complex problems we face.

Ryo Hinata-Yamaguchi is a visiting professor in the department of global studies at the College of Economics and International Trade, Pusan National University, and an Adjunct Fellow at the Pacific Forum.​ You can follow him on Twitter: @tigerrhy.