What Happens to the North Korean People if Kim Jong-un Dies? 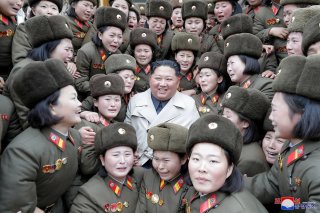 Would the death of Kim Jong-un bring greater freedom and change inside North Korea? That is certainly the hope. However, Kim Jong-un’s own rise to power in 2011 following the death of his father, Kim Jong-il, suggests that life may first get harder before the human rights situation improves.

Kim Jong-un’s early education in Switzerland and love for the Chicago Bulls raised expectations that the third generation leader might become a reformist. Instead, to consolidate power and legitimacy, the young Kim ruled with a tighter fist. In his first six months, he signed then breached the 2012 “Leap Year” nuclear agreement with the United States by launching a satellite rocket. Kim also tightened illegal border-crossings between North Korea and China which reduced North Korean defections by more than one-half from its peak in 2011 based on statistics from the South Korean Ministry of Unification. In 2013, Kim executed his uncle, once the de facto caretaker of Kim’s transfer of hereditary power. In 2017, he ordered the assassination of his older half-brother Kim Jong-nam. In short, Kim Jong-un turned out to be equally if not more ruthless than his father.

Granted, the young Kim did place a greater emphasis on economic development, permitting North Korea’s market economy to grow. He also opened the door to high-stakes diplomacy with the United States (but only after significantly advancing his country’s nuclear and missile capabilities). Unfortunately, however, the human rights situation has remained virtually unchanged. Political prisons, arbitrary arrests and detention, chronic food shortages, and the lack of free speech and expression continue to persist. The lack of concrete information regarding North Korea’s COVID-19 situation, and rumors now swirling about Kim Jong-un’s death, further attest to the absence of information transparency and a free press in North Korea.

Whether an individual such as Kim’s younger sister, Kim Yo-jong, or a collective body ends up filling the political void in a post-Kim Jong-un scenario, the next leader(s) will need to shore up her/his/their legitimacy and mettle to avert potential domestic instability. To do this, the regime will have to control its internal messaging even more tightly. North Korea’s leaders would therefore unlikely proclaim any sudden policy shifts that would enable their people to access more information or experience wider political freedoms.

Driven mostly by informal markets, forces of social and economic change have advanced during the Kim Jong-un era. If these trends persist, we may see long term positive change for North Koreans. Until the dust fully settles following leadership transition, however, North Koreans may experience greater restrictions and hardship before seeing improvements in their human rights.

Andrew Yeo, is an Associate Professor of Politics at The Catholic University of America and a Fulbright Visiting Research Fellow at the University of the Philippines Diliman. He is co-editor (with Danielle Chubb) of North Korean Human Rights: Activists and Networks from Cambridge University Press. Follow him on Twitter at @AndrewIYeo.