Not Just the U.S.: Inflation in South Korea Surges to a 13-Year High 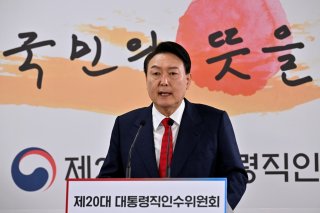 Similar to what is occurring in the United States, South Korea’s consumer inflation has increased far more than expected, hitting a thirteen-year high last month.

According to Yonhap News Agency, data from Statistics Korea revealed that the consumer price index (CPI) climbed 4.8 percent in April year-over-year, accelerating from a 4.1 percent gain in the month before. A Reuters survey had predicted a 4.4 percent rise.

The nearly 5 percent CPI value marked the fastest year-over-year increase since October 2008, when South Korea was in the midst of the 2008-09 global financial crisis. “There is a high possibility that inflation will continue its significant growth momentum. For the time being, consumer prices are not likely to markedly slow,” Eo Woon-sun, a senior Statistics Korea official, told reporters, adding that much of last month’s price gains were driven by higher prices for petroleum products and personal service costs.

In response to the CPI numbers, the Bank of Korea (BOK) convened an internal meeting to review the inflation data. According to Reuters, the presiding deputy governor stressed that authorities must do better in managing inflation expectations. However, some analysts are taking a more cautious approach. “We are not changing our view for now as the data shows inflation was led by the supply factors,” Ahn Jae-kyun, a fixed-income analyst at Shinhan Financial Investment, told Reuters. “I prefer to wait and see how the demand-side trend will look like in coming months.”

The elevated inflation numbers are also lending support to the prospect that the BOK will further hike its benchmark interest rate. Last month, in a surprise move, the central bank raised the rate by a quarter percentage point to 1.5 percent, which was the fourth rate hike since August last year.

According to a JP Morgan report released this week, the BOK is expected to hike its key interest rate four more times by year's end in an effort to tame fast-rising inflationary pressures. The report added that “we focused on the observation that the members dropped clauses for ‘gradual’ policy normalization in policy guidance, replaced by the need for ‘preemptive’ action.’”

“The forward guidance in the (BOK) minutes was more hawkish than we assumed after the meeting, and the minutes bolstered the risk case of higher terminal rate than our previous expectation,” Park Seok-gil, an analyst at JP Morgan, said in the report. “We now expect back-to-back 25 basis point hikes over four meetings by October,” he concluded.

Last month, the International Monetary Fund lowered its 2022 growth outlook for South Korea’s economy to 2.5 percent while raising its inflation projection to 4 percent.