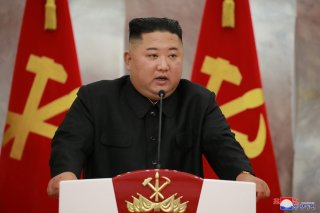 It would be surprising if a newly-elected President Biden did not rely on the advice of his senior foreign policy advisors from the Obama Administration and from his campaign when deciding upon what course to follow in dealing with North Korea. It is also likely that those regarded as experts on our security interests in Northeast Asia during the Obama years would play an important role, at least initially, in shaping North Korean policy in a new Biden Administration. That said, however, this does not necessarily tell us what that policy would look like in 2021.

After all, while the generalists and area experts who have a past association with the Vice President are, without exception, able, knowledgeable and experienced, it would not be unfair to say that the policy they pursued for eight years nevertheless failed to remove or even diminish the threat posed by North Korea to America and its allies. Indeed, fairness would require that we acknowledge that the same lack of success characterized the policies of presidents Clinton and Bush, over the sixteen previous years.

In other words, we may not need new people to craft the new president’s policy, but we arguably need some new ideas to inform that policy. The first new idea would be to become agnostic over whether or not the North Koreans will ever give up their nuclear weapons. It is certainly fair, maybe even essential, to keep denuclearization as a policy objective, and still believe it unlikely that any of the North Korean leaders, including the current Kim, would have abandoned or will abandon nuclear weapons. But that is different from the posture of many of Washington’s experts who simply assert that it would never have happened and it will never happen. They, actually, don’t know that. The point here is that if we become serious about the possibility of achieving the objective of denuclearization, we will be forced to entertain steps that could plausibly bring it about.

The second new idea, then, is to seriously consider what a new relationship with North Korea might look like, and what changes in their policy and ours might be required to get there. Contemplating a dramatic reconsideration of relations in Northeast Asia cannot and should not be attempted without careful consideration of allied and Chinese reactions, recognizing that consultations aimed at reassuring the other interested parties will not be easy. In fact, it is not hard to imagine a new set of relations in the region that would give Pyongyang sufficient confidence to return to non-nuclear weapons status, while causing unease in other capitols, particularly Beijing.

The third new idea, to make this approach possible, is to abandon sanctions as the centerpiece of our policy, keeping them only to convey the illegitimacy of North Korean nuclear weapons. Sanctions will not bring North Korea to its knees or cause it to give up nuclear weapons, but they do stand as evidence to Pyongyang that the DPRK will not soon be recognized as a legitimate nuclear weapons state. Viewed this way, they need not become an obstacle to progress towards normal political relations between the US and the North, and the US could look forward to ending them as much as the North.

So, as important as it is to get the right advisors and policymakers, it’s the policy that matters. Old wine in new bottles won’t do, but new wine, even in old bottles, would be just fine.

Robert Gallucci is a professor at Georgetown University. He had been President of the MacArthur Foundation and Assistant Secretary of State for Political-Military Affairs. As Ambassador at Large, he led the US side in negotiating the Agreed Framework with North Korea in 1994.