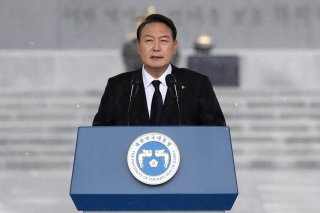 South Korea’s inflation last month surged to the highest level since the Asian financial crisis more than two decades ago.

According to Yonhap News Agency, consumer prices advanced 6 percent year-over-year, quickening from 5.4 percent growth in May, Korea’s statistics office reported on Tuesday. That is the fastest pace seen since November 1998, when prices rose 6.8 percent, which will likely pressure the Bank of Korea (BOK) to strongly consider a major interest-rate hike next week.

“Prices in petrochemicals and services have kept rising, while agricultural prices continued to increase,” Eoh Un-sun, a senior Statistics Korea official, said during a press briefing. “Soaring oil and energy prices are affecting industrial products and groceries. It's not an easy situation.”

An economist at global credit appraiser S&P Global Ratings noted on Wednesday that South Korea’s central bank could raise its key interest rate by seventy-five basis points to as high as 2.5 percent to rein in inflation. The BOK has hiked the key interest rate five times—all by twenty-five basis points at a time—since August last year to 1.75 percent.

“We expect in our recently published forecasts the BOK to raise rates by another seventy-five basis points,” S&P’s Asia-Pacific chief economist Louis Kuijs said during a webinar, per Yonhap. “That is taking into account the traditional view on where South Korea’s long-term neutral rate is … which most people think is around 2.5 percent.”

He added that the BOK could “feel the need to raise its policy rate above the long-term equilibrium” of 2.5 percent if the South Korean currency continues to fall against the U.S. dollar or energy prices increase further. On Wednesday, the won closed at 1,306.30 against the greenback, which was the weakest closing price since July 13, 2009, when the currency ended at 1,315 per dollar.

Meanwhile, the Korea Herald reported that the ruling People Power Party chairman Lee Jun-seok said that he wants the new Yoon Suk-yeol administration to be more in tune with the living conditions of all Koreans, especially in this high-inflationary environment.

“It is not easy [for the administration] to appeal to people if it [simply] delivers speeches like vowing to raise the economic growth rate to a particular level, or pledges for investment and job creation,” he said.

“It will be difficult for the administration to secure power to push for administrative affairs if it fails to cope with the current crisis,” he added.

Presidential chief of staff Kim Dae-ki noted that “the economy has become a core part of politics. It is very important [for the Yoon administration] to coordinate with the National Assembly in conducting economic policies.”