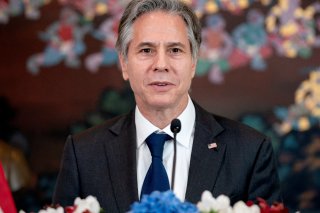 In a funding request issued earlier this month, the State Department requested more funding for assistance for North Korean refugees.

According to NK News, the State Department has requested an increase of $10.26 million for its assistance programs in East Asia. The State Department’s Bureau of Population, Refugees, and Migration (PRM) spent $237.2 million on refugee programs in East Asia in 2022, and the Department is requesting $247.5 million for 2023. The same site reported that North Korea has earmarked about $3 million for funding of North Korean human rights projects, meant to have  “an immediate impact leading to long-term, sustainable reforms” in that country.

“Highly vulnerable North Koreans outside the Democratic People’s Republic of Korea, Uyghurs throughout the region, and the growing number of urban refugees and asylum seekers in detention in Thailand and Malaysia will all be able to be assisted with humanitarian diplomacy and programs funded under the FY 2023 MRA request,” the State Department’s request says.

The programs’ objectives include “provid[ing] protection and life-saving humanitarian assistance to refugees, asylum seekers, and IDPs throughout the region, with a focus on Rohingya, Burmese, Uyghurs, Chinese dissidents, and North Koreans.”

In other news about North Korea, Daily NK is reporting that North Korea is “tightening its grip” on the use of mobile phones and computers without government approval. The move is seen as an amendment to the regime’s North Korea’s Mobile Communications Act on Technological Administration.

According to the site’s in-country source, the North Korean Bureau of Publication Inspection and Bureau of Broadcast Supervision “recently instructed all mobile phone users and registered computer owners to update their software while ordering all IT-related organizations to submit reviews of their activities over the past two years. “

The order includes requiring mobile phone and computer users to “complete inspections of their devices by the end of August to ensure their software has been updated.” The inspections are meant to ensure that owners of the devices are not looking at “impure publications and propaganda materials.”

“People are saying that the ‘upgrade’ is just an excuse to have the state manage what people are doing even more closely by examining their private lives through regular inspections of browsing histories,” Daily NK’s source said.

“The state tries to monitor [people’s digital activities] using browsing history apps, but circumvention programs keep appearing and people keep trafficking them,” Daily NK’s source added. “The leadership believes that IT workers cultivated by the government make all these programs, and intend to eradicate [the software at the source].”