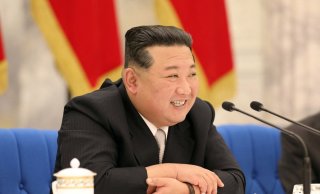 Historically, North Korea has trailed the rest of the world when it comes to mobile phones. It has the equivalent of a 3G wireless network, two generations behind what’s offered in most of the Western world. Huawei, according to a Washington Post report in 2019, helped secretly build North Korea’s wireless network.

A Reuters report from 2019 also said that North Korea was “using low-cost hardware imports to generate significant income for the regime,” in violation of sanctions. Meanwhile, the North Korean regime has been known to crack down severely on those caught smuggling cell phones from China, and a report last year said the regime had executed ten people for that reason.

Meanwhile, a hacker told Wired this year of a subculture in North Korea in which people jailbreak phones in order to access forbidden information. Overall, North Koreans are not given nearly the same amount of freedom to access the Internet from their devices as those in most of the world. North Koreans cannot access the App Store or Google Play store, nor can they get access to most phone applications that Americans take for granted.

Now, there’s a report about a new North Korean smartphone.

Daily NK reported over the weekend that a new North Korean smartphone, called “Madusan,” is in the works but is not yet available in stores. The name reportedly comes from a “revolutionary battle site” in North Korea.

The product’s existence appears to have first been reported by the North Korean magazine Foreign Trade.

The phone was to be released this year, to mark both Kim Jong Il’s birthday on February 16 and his grandfather Kim Il Sung’s 110th birthday on April 15, but it missed both of those release dates.

North Korea had released smartphones in the past, but there have been none since 2019, due to the pandemic, the Daily NK report said. Features, per the report, include “improved security,” as well as improved storage and the ability to take good pictures. Also, it does not allow users to delete their viewing history, a potentially problematic feature in a country where people’s browsing histories can be used against them.

“I don’t know how much the phone costs since it’s not in stores,” Daily NK’s source told the publication. “However, people in the information centers say it’s around [$750].”

“Since it’s not on sale, few people are seeking it out,” the source added, “but if they begin to sell it, there’s a class of people who will wait to buy one — that is, people in Pyongyang and Sinuiju, cadres, donju and officials with the unified command on non-socialist and anti-socialist behavior.”