Strategic Patience 2.0? Here's How Biden Would Handle Both Koreas 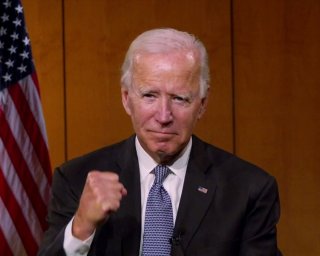 If Biden becomes the next president of the United States, there will be a significant shift in the country’s policy toward North Korea. In other words, his North Korea policy will surely depart from that of Trump. This significant shift, however, will be all about going back to “normal,” as Trump’s North Korea policy up to now has been quite unusual in many respects. Two pillars will thus uphold U.S. policy toward North Korea under Biden. First, Biden will focus on not only repairing but also strengthening Washington’s relations with its key allies in East Asia, particularly South Korea. Second, Biden, unlike Trump, will not rely on what is known as personal diplomacy with Kim Jong-un.

As part of his North Korea policy, Biden will focus on improving U.S.-South Korea relations before anything else. Currently, Washington and Seoul have deadlocked over the Special Measures Agreement (SMA) negotiations. While the United States has been insisting that Seoul should contribute much more, South Korea has been asserting that Washington’s demands are too excessive and even unreasonable. At this rate, the Trump administration may be unable to conclude a defense cost-sharing deal with South Korea not only before the election in November but also before its term expires in January 2021. If such turns out to be the case, Biden, as the next U.S. president, will prioritize wrapping up the SMA negotiations as soon as possible; undoubtedly, the stalled SMA negotiations have negative consequences for the U.S.-South Korea alliance and ultimately the entire bilateral relations.

At the same time, the Biden administration will cooperate with Seoul more closely and avoid acting unilaterally when dealing with Pyongyang. The purpose is to invigorate the sense of solidarity with South Korea and to signal that the alliance is ironclad to North Korea. After the Singapore summit back in June 2018, for example, Trump declared his intention to end joint military exercises with Seoul. This sudden declaration caught many officials, including South Koreans, completely off guard. Such lack of cooperation, such unilateralism, often emboldens North Korea to bypass South Korea and engage directly with the United States.

More importantly, Biden will not engage in personal diplomacy with Kim. No flattering letters will move back and forth between the two leaders. Instead, the working-level diplomats will move to the center stage of Biden’s North Korea policy, perhaps having the newly appointed Special Representative for North Korea as a control tower. A post-Trump U.S.-North Korea summit is highly unlikely to take place while Biden is in the Oval Office because he will most likely equate having a summit with Pyongyang to rewarding Kim with legitimacy. Biden will not meet Kim in person unless North Korea is genuinely prepared to denuclearize, therefore both sanctions and pressure on North Korea will be maintained at the highest level until then.

In sum, if Biden does not do much other than fixing and enhancing U.S. relations with its East Asian allies, especially South Korea, and abandoning personal diplomacy with Kim, it is highly likely that his North Korea policy will resemble Obama’s North Korea policy. It may become simply “strategic patience 2.0.”

Yu Bin Kim is a Ph.D. student in Political Science at the University of Missouri (MU). He is also a 2020-21 Graduate Fellow at the MU Institute for Korean Studies (MU-IKS). His interests are both interstate and intrastate conflicts. Follow him on Twitter at @Yubs89.