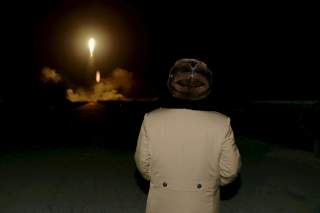 I am confident that North Korea is unlikely to trade away its nuclear weapons over the next year in exchange for concessions from the United States. My assessment is based on how valuable the nuclear program became for the Kim regime as it matured into an operational military capability.

North Korea did not spend scarce national resources on nuclear weapons and ballistic missiles simply to gain a more advantageous position at the negotiation table. To be sure, the North Koreans often attempted to leverage the threat of proliferation as a bargaining chip; the Agreed Framework, Six Party Talks, and Leap Day Deal offer cases in point. As the program started to master all the technical steps needed for a viable nuclear deterrent, however, the Kim regime seemed increasingly reluctant to rollback these capabilities or divest from the underlying production infrastructure.

In this context, one obvious reason that the Singapore Summit is unlikely to fulfill its grand aspirations is that nuclear weapons provide weaker states such as North Korea with a powerful shield against the overwhelming power of the United States. Kim Jong Un would be foolish to give up such protection in the face of potential fire and fury. Moreover, nuclear programs tend to lock governments into development plans because the technology exhibits strong path dependency: each step forward makes it more difficult to reverse course later as domestic groups become vested in the program.

While North Korea may agree to partial freezes or caps in the future—the classic stuff of arms control—it is unlikely to abandon core capabilities that are now intertwined with the legitimacy of the Kim regime. Given the brutal model of regime survival in Pyongyang, the leadership will likely find it too risky to consider giving up this invaluable investment, even if the security situation thaws.

Tristan A. Volpe is an assistant professor in the Defense Analysis Department of the Naval Postgraduate School. His personal views here do not reflect those of the Department of Defense or the U.S. government. He can be reached at [email protected] or @TeeAndersVolpe.