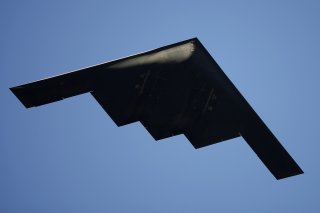 Among the more disturbing revelations of Bob Woodward’s new book are war plans to use nuclear weapons against the Democratic People’s Republic of Korea. One envisions employing 80 nukes, apparently in response to North Korean attack. Another would be more narrowly directed at decapitating the DPRK leadership. Former Defense Secretary Jim Mattis said “plans for such a war were on the shelf” in late 2017 when the president was insulting Kim Jong-un and threatening “fire and fury” against the North.

Woodward’s description is confusing and has created substantial controversy in South Korea. No doubt, the Pentagon has plenty of contingency plans against many nations which it never expects to implement. And there is no indication that Trump ordered any new plans while contemplating preventive war against the North. Yet Washington’s apparent willingness to use nuclear weapons against the Democratic People’s Republic of Korea even while possessing overwhelming conventional superiority—the most important reason why Pyongyang believes it needs nuclear weapons—suggests a reckless disregard for civilian casualties, regional impacts, and international considerations.

There are good reasons to desire a nuclear-free North Korea. Nevertheless, it should be evident that Pyongyang has no interest in war with America. And there is no possibility of an aggressive first strike against the U.S., given the dramatic disparity in forces.

The only reason the two nations are confronting each other is Washington’s intervention on the peninsula. That is, if the U.S. did not maintain an alliance with and garrison in the Republic of Korea, the North would ignore America. There is no “North Korea threat” apart from the “U.S. threat” to the Kim dynasty. Any concern over a possible conflict ultimately results from Washington’s policy.

Thus, the argument for undertaking preventive war—it would be preemption only if initiated to thwart imminent attack—is nil. Attacking the DPRK for this reason evidences mission creep: Washington would be going from last resort defender of an ally to first resort aggressor targeting a disagreeable regional troublemaker.

Whatever the case for striking the DPRK, dropping scores of nuclear bombs on it would be murderous overkill. Mattis acknowledged that such a war would “incinerate a couple million” people. The fact that they live in the North under despotic rule does not justify slaughtering them. Even for survivors, much of their country would be rendered uninhabitable well into the future. But the horror would not end there. Almost certainly radioactive fall-out would spread widely, to South Korea, Japan, China, and Russia, at least.

And if the attempt to destroy the North’s ability to retaliate failed, imagine a massive artillery bombardment of Seoul followed by a full-scale invasion backed by thousands of tanks. The U.S. would be drawn into the conflict, which even if wholly conventional would result enormous casualties and commensurate destruction North and South. Ultimate allied victory would be certain but would still be a human catastrophe.

Worse, imagine Washington’s inability to eliminate all deliverable North Korean nukes and kill all North Korean leaders capable of ordering retaliatory strikes. The consequence would be doubly horrific. Just one nuke each on Seoul, Tokyo, Okinawa, and Guam could kill millions and wreak military havoc.

Finally, America’s international standing would rocket downwards. The U.S. would have faced enormous pushback from abroad had it initiated nuclear war against the DPRK during the Cold War absent serious evidence of imminent attack. Achieving and sustaining détente with the Soviet Union and rapprochement with the PRC would have been much tougher. Officially nonaligned nations would have leaned ever more against America. Washington would have faced sharp criticism even from allies and friends.

A U.S. attack—if an act of unprovoked aggression—three years ago would have provoked a far greater reaction. America’s international reputation has suffered greatly in recent years, especially after the disastrous invasion of Iraq and counterproductive intervention in the Libyan civil war. Support for Saudi aggression against Yemen, which had horrid humanitarian consequences, was another blow. Then came the Trump administration, which went to political war against most of its allies.

As a result, America’s reputation is in collapse. Observed the Pew Research Center in a new report: “Since Donald Trump took office as president, the image of the United States has suffered across many regions of the globe. As a new 13-nation Pew Research Center survey illustrates, America’s reputation has declined further over the past year among many key allies and partners. In several countries, the share of the public with a favorable view of the U.S. is as low as it has been at any point since the Center began polling on this topic nearly two decades ago.”

Starting a nuclear war against the DPRK would wipe out much of any remaining global goodwill toward America, including among Washington’s closest Asian allies. Indeed, the U.S. then would be viewed as a rogue state, far more dangerous than North Korea. Washington would lose backing for its own initiatives, including attempts to coerce such nations as Iran and Venezuela. Proliferation would look more attractive to foreign states big and small. Beijing and Moscow might find additional understanding and even support for efforts to constrain the U.S.

The mere revelation of this plan likely has undermined ROK confidence in America as the South’s ally and defender. In the early 1990s the Clinton administration came close to launching preventive war. Then-Secretary of Defense William Perry and Assistant Secretary of Defense Ashton Carter later recalled having “readied plans for striking at North Korea’s nuclear facilities and for mobilizing hundreds of thousands of American troops for the war that probably would have followed.” South Korean President Kim Young-sam insisted that it was only his phone call with President Bill Clinton that halted the planned attack.

Even then, before the North possessed nukes, Perry and Carter acknowledged that casualties likely would be in the hundreds of thousands. However, they seemed to give that fact minimal consideration. Rather like the more recent reaction to the prospect of nuclear war on the Korean peninsula by Lindsey Graham, one of the Senate’s chief war hawks: it wouldn’t be so bad because the conflict would be “over there” rather than “over here.” So what if thousands or millions of people died!?

The Moon administration evidently was not happy with what it has learned of the administration’s 2017 plans. An unnamed South Korean presidential official drily responded to the news: “What we can say clearly is that the use of a nuclear weapon is not [included] in our plan and using military force is impossible without South Korea’s consent.” Alas, Washington evidently has never agreed that Seoul must consent to America’s use of force. This should be the starting point for any serious alliance where the war would be fought on another nation’s soil.

Despite Washington’s endless hypocritical and sanctimonious cant about promoting all that is good and decent, the U.S. has turned into the world’s most warlike nation. The number of dead civilians in America’s wars over the last two decades run in the hundreds of thousands. The number of people displaced is in the millions. Several nations have been ravaged by conflict, leaving the Middle East less stable and peaceful. However, none of these conflicts compare to the likely consequences of a Second Korean War, let alone a nuclear Second Korean War.

America’s great success in Korea over the last 67 years is having prevented renewed combat on the Korean peninsula. So long as U.S. forces are present on the peninsula, that should remain Washington’s primary purpose. Preventive war should not be an option for any administration, now or in the future.