Yes, We Should Worry if Kim Jong-un Died (But History Demands We Take a Longer View) 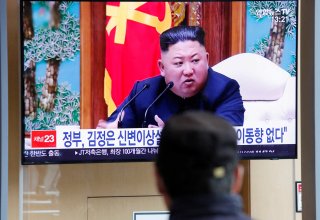 What would happen if Kim Jong-un died suddenly?

The answer one arrives at depends largely on whether one focuses on the obvious level of analysis, the short-term, or what is actually the longer-term strategy of North Korea.  Given that North Korean leaders have specialized in creating distractions, this long term strategy is largely missed by the West.

When historians of the future one day assess what is generally considered the end of the Cold War, they will determine that the United States and its allies won a historic victory in Europe, but also made a consequential miscalculation regarding the state of that conflict in East Asia. Many people in the United States both hoped and concluded that as West Germany and East Germany reunited, so would South Korea and North Korea. Moreover, they thought that as Russia had retracted its claws and seemed willing to join in more civilized practices than before, so would China act similarly. Future historians will one day regard such conclusions as one of the grandest American miscalculations in history. In reality, the Cold War concluded in Europe, but unbeknownst to most Americans, it continued in China and North Korea. The events of the last nine years or so have finally opened the eyes of many Americans to this reality.

In the short-term, should Kim Jong-un die suddenly two scenarios emerge as the most likely. First, it might be that Kim Jong-un’s thirty-two-year-old sister, Kim Yo-jong, might become the Supreme Leader of North Korea. It was Kim Yo-jong who recently praised a letter that President Trump sent to Kim Jong-un. Nevertheless, given the patriarchal nature of North Korea, it is likely that if the sister were to become North Korea’s leader, she would likely be a figurehead with a set of leading males collectively running the country. Another possible Supreme Leader is Kim Pyong Il, who is Kim Jong-un’s uncle. At age 65 he has the advantage of being male and being the last known surviving son of the founder of North Korea, Kim Il Sung. Were Kim Pyong Il to come to power, because he is largely geographically and personally disconnected from the current leader (he has lived in Eastern Europe for some time), he might resort to the typical temper-filled demonstrations of power normally associated with a new North Korean Supreme Leader. However, if Kim Yo-jong and her co-rulers were to ascend to power her close ties to Kim Jong-un might make some degree of less eventful continuity more likely.

Nevertheless, it would unwise for the observer to merely focus on this immediately evident level of analysis rather than on what is actually the long term strategy of North Korea. Yes, North Korea has a history of acting in a seemingly irrational and volatile way. Because of this proclivity, the relationship must be treated with extreme care. Even so, it is a salient and necessary part of properly interpreting North Korean behavior to understand that the actions of its Supreme Leader, whoever that might be, are designed to reach specific Communist-oriented goals. Many of its most terrorizing actions are meant:  1. as distractions and 2. to frighten adversaries into an attitude of compromise.

North Korea respects President Trump and wants to avoid war, while he is at the helm in the U.S. Instead, North Korea is content with biding its time, while a clear “generation gap” in South Korea clearly works in North Korea’s favor. As the largely pro-American older South Korean generation passes, younger people in South Korea, often affected by a left-wing ideology reminiscent of the 1960s in America, lurch to the left at an unnerving rate. Many older South Koreans suspect North Korean subterfuge in South Korean universities, the media, and the government in order to create young adults in South Korea that embrace China and socialism. If North Korea can produce distractions for the United States to steer America’s eyes from these more important developments, it will make any long-term goals it has much more attainable. It will also put the United States at greater risk. The Reagan/Bush-era victory in the Cold War produced prodigious victories. However, it would be wise to acknowledge that the scope of those victories did not extend to North Korea and China.

William Jeynes is a Professor at California State University at Long Beach.