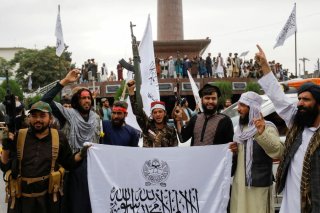 Numerous analyses have been conducted after the collapse of the unstable Afghan republic and the Taliban’s rise to power, with a particular focus on what the structure of a future effective government should be. This has become Afghanistan’s most important topic on the national and international levels, as a substantial percentage of Afghan intellectuals and elites believe that the problems in Afghanistan are due to the absence of a political framework suited to the country’s needs. Meanwhile, almost all Afghans agree with and support the notion of “inclusive government.” Even the Taliban was promising to form an inclusive government on the eve of its entrance to Kabul last year.

The Taliban are striving to split power among themselves to justify it as being in the best interests of the Afghan people. Under the pretense of their dedication to diversity, this was done at the Bonn Conference in 2001. A system adopted at the Bonn meeting based Afghan governance on ethnocentrism and did not consider the notion of citizen-oriented as a guiding principle. As a result, those who laid the foundation of Afghanistan’s new government divided power based on ethnic identity and monopolized their privileges as political and religious oligarchs.

Even though the Islamic Republic of Afghanistan was described as “inclusive,” the quality of the government’s commitment to inclusive political representation varied. But why is there an emphasis on a failed approach to state-building that has previously proven ineffective?

No one understood this lesson from Afghanistan’s political history. A citizen-oriented system, as opposed to an ethnocentric one, was not acknowledged (or purposefully neglected) in its formation at the Bonn Conference over twenty years ago.

Afghanistan must shift from an ethnic-based political system to one based on citizenship. It should not come as a surprise that this approach establishes the groundwork for the distribution of power based on individuals’ allegiance to the nation-state. Power would be distributed at all levels. In the previous government, the president’s power was distributed to the presidential institution, in which the president is the manager of the presidential team, vice-presidents, cabinet members, and the National Security Council.

Naturally, when the political structure is changed, and the concept of inclusion is preserved, intra-elite disputes in Afghanistan will have to stop. We cannot argue over whether we should have a centralized government, a parliamentary format, or a presidential system. Once we have a system accountable to Afghan citizens at every level and founded on rule-of-law, the struggle over the system’s form will be a conflict driven by hubris rather than a fight over the structure and functioning of the system.

Establishing and fostering a citizen-based government needs strong outside support. As a partner capable of laying the groundwork for this course of action, the United States must play a role in promoting an inclusive structure in Afghanistan.