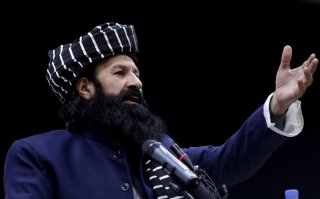 In dealing with Taliban-ruled Afghanistan, the most prudent course of action for the United States is to push for the formation of an inclusive government in the country. A strategy that focuses on either engagement with, or opposition to, the Taliban will fall short of securing American interests in Afghanistan.

The establishment of a moderate, representative government will reduce the threat of terrorist attacks emanating from Afghanistan, help reinstate the basic human rights of the Afghan people, pave the way for international recognition of the Afghan government, and mitigate the country’s humanitarian and economic crises. This should be the end state guiding U.S. policy toward Afghanistan.

In its latest annual threat assessment report, the U.S. intelligence community notes that “the Taliban takeover of Afghanistan threatens U.S. interests, including the possibility of terrorist safe havens re-emerging and a humanitarian disaster.” In line with this assessment, U.S. officials have identified two major U.S. interests in Afghanistan moving forward: countering terrorism and supporting the Afghan people. However, the Biden administration has yet to articulate a clear policy in response to the situation in Afghanistan.

Debates over how the United States should pursue its interests in Afghanistan have largely revolved around whether Washington should engage or oppose the Taliban. However, given the nature of the Taliban and the fact that it controls the Afghan state, neither engagement nor opposition is easy to pursue. Neither approach is likely to secure American interests in the country as long as the Taliban holds a monopoly over the Afghan state.

Engagement with the Taliban would entail domestic political costs for the administration, given the history of the U.S.-Taliban conflict and the Taliban’s ties with terrorist groups and dismal human rights record. Engagement is further limited by the sanctions regime. Both the Taliban and the Haqqani Network—a semiautonomous arm of the group—are on the U.S. list of specially designated terrorist groups, with the latter also designated as a foreign terrorist organization (FTO). The United Nations Security Council has imposed separate sanctions on 135 senior members of the Taliban.

According to the UN, the Taliban has appointed forty-one of those sanctioned individuals to the cabinet and other top positions in its government. They include the prime minister, his three deputies, and fourteen ministers. Members of the Haqqani Network have been appointed to key positions within security institutions. Shockingly, Sirajuddin Haqqani, deputy leader of the Taliban and the chief personage in the Haqqani Network—with a $10 million FBI reward for information leading to his arrest—is now Afghanistan’s minister of interior.

Under these circumstances, a major question is how to reconcile counterterrorism interests with the urgent need to support the Afghan people. How do you enforce sanctions against the Taliban without harming the Afghan people? The Biden administration’s decision to freeze the assets of Afghanistan’s central bank illustrates this dilemma. General licenses issued by the U.S. Department of the Treasury, while facilitating aid delivery, are insufficient to allay the concerns international financial institutions and non-governmental organizations have about operating in Afghanistan. The provision of humanitarian aid faces similar difficulties. How do you ensure that aid benefits the intended communities rather than sanctioned individuals and entities?

Moreover, it is unclear how engagement with the Taliban might advance counter-terrorism objectives, given the dismal results of American diplomacy with the group since late 2018. In violation of its commitments under the February 2020 Doha Agreement with the United States, the Taliban has maintained cordial relations with a host of FTOs, including Al Qaeda, a fact laid bare dramatically on July 31 when a U.S. drone strike killed Al Qaeda leader Ayman al-Zawahiri in the heart of Kabul.

On the other hand, opposing the Taliban presents its own complications. Undermining its de facto rulers could further destabilize Afghanistan, plunging the country into yet another full-fledged civil war—a scenario that could end up strengthening terrorist groups such as the Islamic State of Khorasan (ISIS-K) while worsening Afghanistan’s humanitarian crisis. In short, neither engaging nor opposing the Taliban is likely to help the United States secure its interests in Afghanistan. Both approaches run the risk of harming the Afghan population.

These dilemmas will persist as long as the Taliban maintains exclusive control over the Afghan government. Only a political arrangement in which the Taliban is counterbalanced by more moderate political forces representing Afghanistan’s other political and demographic groups can advance American interests.

Rather than fixating on engagement or opposition, the United States should work toward the establishment of more moderate, inclusive governing structures in Afghanistan. This approach is in keeping with the spirit of the Doha Agreement, which identified four components to comprehensive peace in Afghanistan: Taliban guarantees that Afghanistan’s soil will not be used by anyone to threaten the security of the United States and its allies; the withdrawal of U.S. forces from Afghanistan; intra-Afghan negotiations; and agreements over Afghanistan’s future political roadmap.

A major shortcoming of the Doha Agreement was that it dealt only with the first two parts, leaving unaddressed the last two components of a comprehensive peace. It was not a peace-building accord—contrary to its name. Peace-building was left to intra-Afghan negotiations that were supposed to begin ten days after the signing of the deal but never took off the ground, largely due to the Taliban’s resistance.

In the Doha Agreement, the United States agreed that, in tandem with the start of intra-Afghan negotiations, it would begin taking steps aimed at removing U.S. and UN sanctions against the Taliban. Now, conditions for the removal of sanctions should include the Taliban’s commitment to the formation of a more representative government.

The killing of the leader of Al Qaeda in Kabul is an embarrassing moment for the Taliban and will likely weaken the group’s more hardline elements. This, along with the fact that there is a new sense of urgency at the international level concerning the situation in Afghanistan, creates an opening for a concerted intervention to push for the establishment of a more moderate government in Afghanistan. The United States should use its political and diplomatic influence to lead and support such an intervention.

A. Farid Tookhy is a senior fellow on Afghanistan and the Middle East at the Institute for Peace and Diplomacy, based in Toronto, Canada.