Symposium: Afghanistan One Year After the U.S. Withdrawal 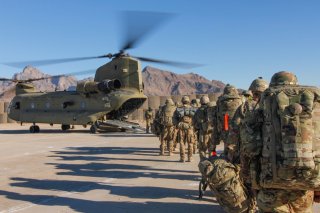 One year ago today, the Taliban captured the Afghan capital of Kabul during the height of the United States’ withdrawal, leading to chaos and socio-economic deterioration throughout the country. Since August 2021, more than 90 percent of Afghans have faced some form of food insecurity, including nearly 4 million children who suffer from acute malnourishment. Millions of Afghans are either internally displaced or have sought refuge in neighboring countries. Beset by international and U.S. sanctions, the Afghan economy has collapsed, and the Taliban’s rule has grown increasingly repressive even as Kabul has remained isolated.

Meanwhile, U.S. officials have kept a close eye on Afghanistan, warning of terror threats even while acknowledging that the direst terrorist challenges to America exist elsewhere. The Taliban’s struggles to fight a resurgent Islamic State-Khorasan have coincided with U.S. officials’ plans to implement an “over the horizon” counter-terrorism strategy. The successful assassination of Al Qaeda leader and 9/11 plotter Ayman al-Zawahiri in Kabul in late July reveals that Afghanistan will continue to pose security challenges to the United States for the foreseeable future.

To mark the one-year anniversary of the Taliban’s takeover, The National Interest asked a variety of experts to chart the future course of U.S. policy toward Afghanistan. How should the Biden administration approach Afghanistan and the Taliban government? What lessons—both from the past year and the two-decade U.S. effort in Afghanistan—might help inform U.S. policy and the issues it should prioritize?

Anthony Cordesman, Emeritus Chair in Strategy at the Center for Strategic and International Studies (CSIS).

Ahmad Farid Tookhy, Senior Fellow on Afghanistan and the Middle East at the Institute for Peace and Diplomacy.

Vanda Felbab-Brown, Senior Fellow in the Strobe Talbott Center for Security, Strategy, and Technology in the Foreign Policy program at Brookings and Director of the Initiative on Nonstate Armed Actors.

Marvin Weinbaum, Director for Afghanistan and Pakistan Studies at the Middle East Institute.

Obaidullah Baheer, Lecturer at the American University of Afghanistan and Visiting Scholar at the New School in New York.

Tanya Goudsouzian, Canadian journalist who has covered Iraq and Afghanistan for over fifteen years.

Javid Ahmad, Senior Fellow at the Atlantic Council, Nonresident Scholar at the Middle East Institute, and the former Afghan Ambassador to the United Arab Emirates.

Jason Howk, Director and Co-Founder of Global Friends of Afghanistan, Term Member of the Council on Foreign Relations, and a Professor at the USAF Special Operations School.

Omar Sharifi, Country Director of the American Institute of Afghanistan Studies and Research Fellow and Lecturer at the Hubert H. Humphrey School of Public Affairs, University of Minnesota.

Jennifer Brick Murtazashvili, Director of the Center for Governance and Markets and Associate Professor of International Affairs at the University of Pittsburgh.

Anatol Lieven, Director of the Eurasia Program at the Quincy Institute for Responsible Statecraft.

Tariq Basir, Research Scholar at the Center for Governance and Markets at the University of Pittsburgh and Assistant Professor at Kabul University.

Will Smith, Assistant Editor at The National Interest.

Gil Barndollar, Senior Fellow at Defense Priorities and Senior Research Fellow at the Catholic University of America’s Center for the Study of Statesmanship.