Whose Country? Why Some Afghans Support the Taliban 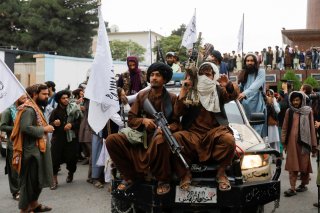 Experts have offered several explanations for the collapse of the Afghan state in August 2021, ranging from Kabul’s dysfunction to the shortsightedness of the U.S. government. However, they do not sufficiently explain why the Afghan security forces, which were funded by the United States, would cede territory to the Taliban in several provinces without even putting up a fight.

When I first went to Afghanistan in 2006, my research in different provinces led me to a question that troubled my understanding of the country: What explained the puzzling silence among Afghans, especially Pashtuns living in rural areas, to atrocities inflicted by the Pashtun-dominated Taliban? During twenty years of war, journalists, scholars, and policymakers have sought to explain Afghans’ support for the Taliban. But the more fundamental question of why millions of Afghans tolerated, if not accepted, the routine massacre of fellow Afghans by the Taliban was rarely asked.

Annual opinion polls and commentaries routinely suggested that the Taliban were deeply unpopular in Afghanistan. If the Taliban were selectively eliminating targets of popular public derision, such as foreign forces, corrupt politicians, and predatory strongmen, the collective silence among Afghans to the Taliban’s atrocities could have been considered an acceptable response. But Taliban violence was mostly indiscriminate, killing more civilians than government agents, targeting both Pashtuns and non-Pashtuns, and sparing neither women nor children. What, then, explained the tolerance of their violence among Afghans?

This is not to argue that the Afghans were unable to stand up to the Taliban. In fact, they had violently resisted on several occasions, such as the uprisings in Daikundi in 2010; Ghazni, Paktika, and Laghman in 2012; Kandahar, Uruzgan, and Nangarhar in 2013; Sarepul in 2015; Faryab in 2016; and Badakhshan in 2018. While these insurrections initially seemed to reflect widespread resentment against the Taliban, they remained isolated incidents that were shaped by local village contexts, inter-tribal feuds, intra-militant struggles, and opposition to the “wrong kind of Taliban” rather than the Taliban, per se. The Afghan peace march in 2018 and 2019 was perhaps the first bold effort by Afghans to register their discontent. Yet, its demands for a ceasefire, peace talks, and the withdrawal of foreign forces suggested war weariness and frustration among ordinary Afghans, rather than a declaration to single out the Taliban as the perpetrator.

When the Taliban inflicted harm on a community, many Afghans understood it as victimization of “others” rather than fellow Afghans. Specific uprisings against the Taliban were therefore limited to local resistance. Condemnation of the Taliban inside Afghanistan was, unsurprisingly, most pronounced among the educated elite in Kabul, the empowered representatives of the Afghan state, and segments of ethnic minorities that have faced and feared oppression at the hand of the Taliban. Among other communities, the censure of the Taliban remained muted or negligible. Analysis of data from the Afghan presidential elections from 2004 through 2014 also reveals a robust and recurring pattern of people voting on the basis of their ethnolinguistic affinities.

The collective silence of Afghans to the killing and maiming of fellow Afghans might best be explained by Afghans’ weak national identity. National identity is defined and shaped by internal and external factors. Internally, it can be conceived around a set of common attributes that cohere a group. These attributes range from a shared belief in common ancestry, imagined allegiances to ethnicity or territory, and collective memories about traditions, ideas, and symbols. But these different elements of national identity only gain salience in relation to the “other,” or by defining those who don’t belong to the national community along with those who do. These simultaneous and interactive processes of nation-building were never attempted across Afghanistan.

Contemporary Afghanistan is a colonial construct. Foreigners imagined its boundaries, defined its territory, named its people, and supplied the basis for its political existence. This idea of an Afghan nation subsequently became the purview of a small and unrepresentative elite in Kabul. With their Western-oriented modernization and city-centric cultural innovations, Afghan nationalism failed to permeate Afghan society at large. As a result, Afghanistan is a nation in form but not in substance. Fierce independence against external invaders has failed to provide a meaningful basis for a shared narrative on national identity.

The political logic set in motion by the early Afghan state from the late 1800s produced a fragmented definition of “Afghanness” that is contested today by three unevenly sized segments of the population. First, there is a small, politically relevant, economically self-sufficient, English-speaking, educated, and urbanized elite that mostly resides in Kabul. Second, there are loose and large groups of a political middle-class that straddles the margins of urban and rural areas. Finally, there are the semi-autonomous rural communities that have had minimal, if any, interaction with the symbols or authorities of the Afghan state.

Each of these groups has been historically suspicious and resentful of the other, unwilling and unable to understand the other’s perspective, and tried to define Afghan identity in exclusive terms to represent their own aspirations. Urban elites have instrumentally embraced a modernist perspective on national identity by focusing on its malleability and a pronounced distance from tradition whereas rural communities have found support in religion and tradition to claim an identity that emphasizes imagined glories from the past. In between, the Afghan political middle-class has been repeatedly co-opted, coerced, intimidated, or ostracized by both groups.

For twenty years, the United States fought, and rightly so, an adversary that embodied a draconian approach to politics and power-sharing that is offensive to modern sensibilities. While doing so, the international community—a loose term to encapsulate the myriad of external stakeholders engaged in Afghanistan’s political transition—framed the war in simplistic binaries of “good” and “bad” actors that overlooked the basis for the Taliban’s legitimacy among Pashtuns. This is not a call to legitimize the Taliban but an attempt to communicate a better understanding of the sources of their support among Afghans to effectively enable progressive voices to compete against the Taliban’s theocratic absolutism.

As the United States deals with the Taliban, it should resolutely focus on providing humanitarian assistance through the United Nations and international non-profit organizations and engage the Taliban to earn concessions on women’s rights and support for Afghan minorities. It should also strategically engage and empower young Afghans in provinces that are economically and politically important for Afghanistan’s future, including Kandahar, Nangarhar, Balkh, Herat, Kunduz, Helmand, and Kabul. The underlying aspiration of this strategy should be to invest in the future of Afghanistan and retreat from stale approaches that either engage an urban elite that is disconnected from reality or revive traditional institutions that are irrelevant to the needs of a young population. Engaging and empowering a moderate opposition, composed of young Afghans, that legitimately represents different segments of the Afghan population is likely to be more effective than nudging the morally impaired leaders of the Taliban to strain towards ethical epiphanies.

Prakhar Sharma is a Ph.D. candidate in Political Science at Maxwell School, Syracuse University. He is writing his dissertation on nation-building in Afghanistan. He has studied Afghanistan since 2006 and lived in the county for four years between 2006 and 2016.