Do the Taliban Want Afghanistan to Fail? 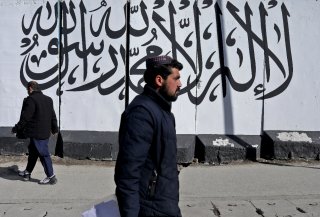 On August 15, 2021, the United States lost its twenty-year war to Taliban fighters that rode into Kabul on motorcycles wearing sandals. Patience helped the Taliban win the war, and patience coupled with creative thinking will be the key to any engagement effort with the Taliban moving forward. The past year has been one of the most difficult years for Afghanistan. It is worth looking at what happened throughout the year and drawing conclusions about how the United States and other international actors should decide how to approach Afghanistan and its new rulers.

An honest review of the past year of Taliban rule reveals that they have failed more often than they have succeeded. The Taliban closed girls’ high schools and made students miss almost two years of their academic careers. They have established a Ministry of Promotion of Virtue and Prevention of Vice that has conducted problematic moral policing that has shrunk the public space for women. The state has conducted human rights violations in the form of a crackdown on the media, abducting dissidents, rendition, and extrajudicial killings. The Taliban hosted Al Qaeda and its leader Ayman al-Zawahiri despite its commitment not to do so. Lastly, the continuing humanitarian crisis, though not directly a result of Taliban policies, has been further exacerbated by the Taliban’s constant self-sabotage and the dim prospect of international sanctions being removed.

However, there have been some positive developments over the past year as well. Although the Taliban dubiously claim that they brought peace to Afghanistan, the ability to keep a lid on any large-scale civil conflict goes to the Taliban’s credit. Nationwide security has enabled aid organizations and local Afghans to access their hometowns and villages, a process that will help improve the lives of the rural population. Bridging the gap between both worlds will lead to an organic process of reconciliation and hopefully eliminate one cause of radicalization. The Taliban also have to be credited with giving an amnesty to their enemies after their takeover. Though the amnesty has been an imperfect one, the relatively low number of killings in a culture that is vengeance driven is a success. Though the Taliban hosted Al Qaeda’s leadership, it is yet to be seen if any operationally active elements are present in Afghanistan with their support. Beyond Al Qaeda, the Taliban have seemed to put a genuine and brutal effort into containing groups such as ISIS-K and preventing them from using Afghanistan as a launching pad for external attacks.

There are also certain facts we have discovered regarding the Taliban over the past year. Despite what their sophisticated military campaign and psychological operations made us believe, the group is not as cohesive or rational as we thought. The fluid nature of their insurgency means that the Taliban still struggle to maintain coherence or a clear power structure. The ultimate power that their supreme leader, who is shrouded in mystery and inaccessible to the world, holds makes it more difficult to understand the group’s behavior. The only glimmer of hope comes from the rhetoric of a relatively powerless majority who seem to be vocal against the closure of girls’ schools and are willing to improve relations with the world. Most of these issues are for the Taliban to resolve internally, but the international community can also play a positive role in this process. The Taliban’s unexpectedly mild reaction to the drone strike on Zawahiri is a clear indication of their desire not to cut ties with the United States. Considering this desire, a change in the form of engagement with the Taliban could produce positive results.

It is important to emphasize the responsibility the Biden administration and subsequent administrations have toward Afghanistan. The United States’ initial invasion and the subsequent twenty-year stay make the future of Afghanistan its legacy. The U.S. government is responsible for the consequences of its decisions. The Doha deal was an acceptance of the Taliban’s return to power that cannot be taken back without a significant cost to Afghanistan, the region, and the globe. It can, however, choose to not wish the problem away but deal with it responsibly and within the realm of possible paths. Important issues such as security and human rights cannot be addressed in the absence of communication and trust.

While it is true that engagement has produced few results over the past year, the issue seems to be the form that engagement has taken rather than the futility of the measure itself. Keeping in mind the issues the Taliban have internally, it would’ve made sense for the international community to establish channels with different stakeholders within the movement to break through the isolated black box the Taliban have been in over the past year. The United States, unlike its partners in the European Union, does not have any formal or informal presence inside of Afghanistan, meaning that the information it receives is second-hand and its interactions with the Taliban are limited to international events. Communication that is aimed at establishing trust and aims to give feedback to the Taliban on what improvements are necessary is essential. Simultaneously, the U.S. State Department’s special envoy to Afghanistan has to be given a real mandate if any meaningful engagement is to take place.

A failure to engage with the Taliban will only prolong the impasse and worsen the effects of sanctions on the larger Afghan population. Emergency aid and cash being flown into Afghanistan to disburse salaries in the service sectors will not solve Afghanistan’s problems. An aid-dependent Afghanistan has already failed once; the world should be mindful of not repeating the same mistakes again. A failed Afghan state will only benefit ISIS-K and enable them to further destabilize the country, which could have spillover effects in the region. The international community has no alternative partner to the Taliban in their fight against ISIS-K. This does not mean that Taliban oppression should be ignored but that it should be addressed in a more realistic and far-sighted manner. Ultimately, the onus will be on the Taliban to decide if they want this to succeed or if they want a temporary totalitarian regime that will eventually collapse in on itself.

Obaidullah Baheer is a lecturer at the American University of Afghanistan and a visiting scholar at the New School in New York. He currently leads “Save Afghans from Hunger,” an aid effort that provides food aid to Afghans throughout the country.