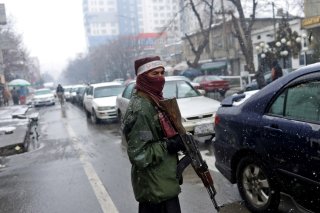 The Taliban-led government of Afghanistan announced on Wednesday that girls’ high schools would be closed across the country. The announcement came only hours after they reopened for the first time since the Taliban seized power in August 2021.

The closures affect grades six and up, according to the Taliban’s ministry of education, and girls in grades five and under can continue their education.

The ministry of education offered no clear explanation for the school closures. It stated that schools would reopen after the educational atmosphere had been reformed in accordance with Islamic law and Afghan culture. However, the Taliban offered no metrics by which such reforms could be achieved, according to the Afghan government’s Bakhtar News Agency.

Taliban spokesman Inamullah Samangani confirmed the reports to Western media, although he declined to comment on the reasoning behind the decision. A second spokesman, Aziz Ahmad Rayan, suggested that the “mindsets” of Afghan villagers were “not ready” for the resumption of girls’ education, claiming that the group’s central government would soon clarify the issue.

The Taliban’s decision to close girls’ schools hours after their reopening also came with no advance notice and appeared to contradict earlier commitments from the group. Earlier in the week, the ministry of education had pledged to fully reopen all Afghan schools by Wednesday, and the department had circulated a video showing a ministry official congratulating returning students and wishing them success in the upcoming school year.

The abrupt closure of girls’ schools led to widespread condemnation around the world. “What could possibly be the reason?” Deborah Lyons, leader of the UN Assistance Mission in Afghanistan (UNAMA), asked on Twitter.

“The Taliban did not keep their promise,” women’s education activist Malala Yousafzai wrote. “They will keep finding excuses to stop girls from learning—because they are afraid of educated girls and empowered women.”

One issue complicating Afghanistan’s resumption of education has been a critical shortage of teachers, particularly female teachers—many of whom fled the country after the Taliban takeover in August. The Taliban government indicated that it had hired thousands of part-time teachers to address the gap; it also suggested that older male teachers would be allowed to teach younger female students, a seemingly pragmatic violation of the group’s strict gender segregation requirements in other areas.

During the Taliban’s last period of rule over Afghanistan from 1996 to 2001, the group explicitly banned girls’ education and employment. After it seized power last August, its spokesmen claimed that it had moderated its stances and would no longer prohibit either, although it initially maintained girls’ school closures and fired thousands of Afghan women from public-sector jobs.

Western nations have singled out girls’ education as a key requirement for future recognition of the new Afghan government.