How Can We Help Afghanistan? Ask the Afghans 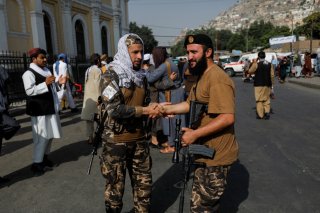 As the director of the Global Friends of Afghanistan, I spend a lot of time listening to Afghans from around the world discuss a variety of topics. None is more intriguing to me than the future government they would like to see. I spent my first year in Afghanistan sitting in daily meetings with the 2002-2003 interim Afghan government leaders in Kabul and spending time with various governors, strongmen, and mayors as we traveled to nearly every province. So, I have some ideas about what seemed to work and what didn’t. But I won’t be living in Afghanistan in the future; Afghan ideas are what matter.

There are lots of ideas about Afghan governance. Afghans have described to me the need to return to Marxism. Others have told me of relatives related to past kings that will be able to rally Afghans behind another kingdom. Some want to build in more democracy so that citizens can hold leaders at every level accountable through elections. Others want to basically divide the nation into parts based on ancestry. There are some who simply want to rebuild the same highly centralized republic that just fell but somehow remove the corruption.

The one thing that strikes me is that most Afghans I speak with don’t talk about the Taliban-Haqqani regime surviving for very long. Most are already looking past the collapse of this misogynist and inept terrorist regime and into an undetermined future. The troubling thing is that Afghans that speak to me seem so sure that their way of rebuilding governance is the best way and that all other ideas will destroy the country. This is the rub.

Now is the right moment for Afghans to hold meetings inside and outside Afghanistan to discuss the future of their country’s governance. So far, as I watch and listen to groups gather to sort this out, they just talk past each other if they disagree, or they won't even have a discussion with anyone with opposing ideas. That means the ball is not moving down the field. Worse yet, I hear non-Afghans discussing what type of future government the Afghans need, moving the ball in the wrong direction. A few Afghans are even discussing how to get other nations to install various Afghan leaders by force, which is just throwing the ball out of the stadium into the parking lot.

This is not easy stuff. The formation of any new government is often contentious and can even be violent. When those trying to form a government cannot find compromises with their fellow discussants, some choose to just blow up the process, and nations revert to chaos.

Afghans have struggled under kings, Communists, strongman-warlords, Islamist tyrants, and corrupt presidents, and they now have internationally-wanted terrorists running half the government. You could say that they have tried just about every form of governance, but they have missed one. Afghans have never tried a democratic experiment where the people get to elect all their leaders and vote them out if they fail. Democracy is messy, and some people like the false security that comes from having an overly powerful central government. But history has shown that the more powerful and centralized a government is, the more likely it is that corruption will increase while human rights and citizen happiness worsen. Look no further than Venezuela, Russia, China, or Cuba to see how ultimate power corrupts leaders and removes human freedoms.

I don’t want to join the chorus of non-Afghans telling Afghans how to run their future country. Afghans have to figure this out, as history has shown that outsiders are not good at solving Afghan problems. I don’t know if the majority of Afghans seek more elections and more power over their leaders. But most Afghans don’t know that answer either because they are not listening to each other.

Let me offer some ideas that might make talking about future Afghan governance more fruitful.

First, it would be useful to find some neutral moderators for these discussions to keep them moving along and to referee the ideas. Right now, there is no structure guiding these discussions, meaning they have no end result. People are talking, but no one is making any impact or capturing the ideas for a future constitutional convention.

Second, Afghans should start by outlining what they want to value in their future government. Trying to sell an entire political platform to other Afghans doesn’t seem to lead to any changes, and it often drives opponents even further into their own ideas. It is easy to get defensive when your opponents say their idea for the future government is perfect and ready to be executed, while all your ideas would destroy the country. I am not making this up; this is what is being said.

Third, find a key document that exists and work from it. In the centuries since the United States wrote its constitution, many nations and organizations have adopted the best ideas from it. Many democratically-based nations in the world share similar constitutions. They all modify their founding documents for their nation’s size and culture, but they are not that far apart on the important matters. Most nations have an executive, a court system, and a lawmaking body. Most enshrine the 1948 human rights commitments into their basic laws. If you start by using the Universal Declaration of Human Rights to determine what rights you want for all Afghans, many other ideas will flow from it. It was drafted by a team from many cultures and religions and is the global standard for human rights protection.

Finally, listen twice as much as you speak about the future of governance. The most crippling problem I see in discussions is how sure every Afghan is that their idea is perfect and is the only way. Those who are not willing to listen, especially those who ignore the desires of Afghan women and girls, will only succeed in creating another failed governance model. Listening will lead to compromises, and every nation that has a long-standing history of democracy has built many compromises into its system to make it resilient to major shocks but still flexible enough to change.

What will the future of Afghanistan’s governance look like? I do not know. Unfortunately, neither do Afghans. The world should be helping Afghans figure this out by talking to various parts of Afghan society—both in Afghanistan and around the globe—and assisting them in finding their way through this painful process. Afghans deserve to be led by a government that cares about their well-being, prizes their human rights, and feels accountable for failures. Afghanistan has a long history with failed governance. Next time, the Afghan people might add compromise to the system and see if they can make progress. If you want to hear Afghans discussing this concept, tune in to or attend the Annual Global Friends of Afghanistan-Georgetown University Afghanistan conference on September 1.

Jason Criss Howk is the Director and co-founder of Global Friends of Afghanistan. He has worked on Afghanistan portfolios since 2002 and was in the rare position to closely witness each of the four US presidential administration’s discussions of US policy in Afghanistan. An award-winning writer, his latest book is U.S. War Options in Afghanistan. He holds an MA in South Asia and Middle East Security Studies from the Naval Postgraduate School, is a Malone Fellow in Arab and Islamic Studies, and was a Term member of the Council on Foreign Relations. He studied Arabic and Dari at DLI, is a retired U.S. Army Foreign Area Officer, and is currently a professor at the USAF Special Operations School.