There Is No Alternative to the Afghan Taliban 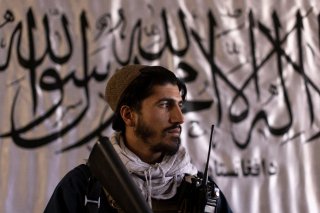 One year after the United States’ withdrawal from Afghanistan, the Taliban’s Islamic Emirate is in full control of the country, despite some minor pockets of resistance in a few northern provinces. Nothing remotely comparable to the 1990s anti-Taliban Northern Alliance exists. The economy is in tatters, the humanitarian situation is a disaster, the issue of girls’ secondary schooling is unresolved, and there is neither an inclusive government nor any semblance of democracy.

It is unclear if the Biden administration has formed a coherent policy toward Afghanistan. So far, its only concrete decision seems to have been not to recognize the Islamic Emirate, followed by semi-backtracking over the seizure of Afghan national assets held in the United States. It goes without saying that it is in the interests of the United States to ensure that Afghanistan does not deteriorate as it did in the 1990s, sliding back into an environment conducive to sanctuaries for terrorist groups. This may be regarded as the baseline for U.S. policy toward the country, without which the past two decades of war will truly have been for nothing. No one wants to see another 9/11.

The past twenty years have presented a number of lessons to the United States and the international community. First and foremost is that the Taliban is the strongest and most powerful party in Afghanistan. Even an internationally-backed government in Kabul failed to provide any realistic opposition or alternative to it. International military intervention in Afghanistan does not work either. The British discovered this at a great cost in the nineteenth century, the Russians in the twentieth, and the Americans in the twenty-first. Additionally, short-term strategies for Afghanistan are bound to lead to failure. Over the last two decades, U.S. strategy in Afghanistan took many forms, evolving from a narrow intervention to destroy Al Qaeda, to a broader strategy to combat the Taliban, to becoming a full-scale state-building project. From 2012 onward, however, the strategy revolved around planning a withdrawal. Despite—or because of—these varying and wide-ranging goals, the Taliban returned to power even stronger than before.

Over the past year, it has become clear that the Taliban prioritize internal cohesion above all else. Adherence to core Taliban ideology, which is explicitly anti-colonial and anti-secular, is integral to internal cohesion. It has also become clear that this ideology can evolve. As I noted in a June article for The National Interest, there have been some small but significant shifts in Taliban doctrine since 2001. Moreover, the reinstated Ministry of Vice and Virtue—made notorious under the Taliban government of the 1990s—has returned using a different approach. The past year, therefore, has shown that the past twenty years have changed the Taliban. How might the Taliban evolve over the next twenty years?

Today, there is no realistic alternative to the Taliban government in Afghanistan. If the United States wishes to remain committed to Afghanistan, and avoid repeating the mistake of disengagement, then the Biden administration must deal with the Islamic Emirate. A long-term view is necessary to ensure that a focus on short-term goals does not again undermine these efforts and produce the opposite of the desired outcome.

In practical terms, this means that the Biden administration must emphasize ensuring a stable and secure Afghanistan where its people are not pushed into desperation and vulnerable to the recruitment overtures of terrorist groups, primarily the Islamic State-Khorasan Province (ISIS-K), a mutual enemy of both the United States and the Taliban. The notable impact of the U.S.-led intervention on Al Qaeda’s capacity to operate is worth nothing if the gap is simply filled by ISIS-K. A healthy economy is also central to the goal of fostering stability. Afghanistan’s national assets must be returned to the country in full. Currently, the United States’ refusal to recognize the Islamic Emirate as the de jure government of Afghanistan complicates this possible action.

Yet, it comes down to a question of priorities. Should the priority be to punish the Taliban for seizing power in the manner that they did and try to pressure them into forming an inclusive and representative government, or should it be to stabilize the country? Should the priority be promoting human rights or preventing Afghanistan from sliding entirely out of the United States’ sphere of influence and into China’s? In a noteworthy example of Taliban pragmatism, despite their “jihadi” credentials, the Islamic Emirate has avoided criticism of China’s treatment of the Uyghurs. In this regard, the recent U.S. announcement to rescind Afghanistan’s status as a Major Non-NATO Ally was another step in the wrong direction. With both China and the Taliban embracing a hyper-pragmatic relationship, the dogmatic policies of the Biden administration are leaving the United States out in the cold.

However, the Biden administration has shown that it, too, is capable of pragmatism. The president’s recent statement on re-engagement with Saudi Arabia provides many parallels for potential future engagement with the Taliban.

The Taliban have explicitly stated that international pressure will not force them to change their policies. On the contrary, resisting foreign pressure enhances the Taliban’s cohesion and reinforces their ideology. Taliban Supreme Leader Hibatullah Akhundzada’s own son was killed conducting a suicide attack in 2017 so he is unlikely to agree to anything which might be perceived as undermining a very personal sacrifice. However, the Taliban do seek international recognition of their Emirate. Positive engagement with the Taliban, including exposure to the features and advantages of representative governance, is now required, particularly with the more progressive cliques and personalities of the group, such as Mullah Baradar, Amir Khan Muttaqi, and Sher Muhammad Abbas Stanakzai. Concessions gained from this faction will empower them further. Conversely, however, their lack of success in advancing Taliban goals will undermine the progressives and empower the more conservative and inward-looking factions of the group.

Ultimately, the Biden administration must develop a long-term strategy, prioritizing its own primary interests and commitment to the people of Afghanistan over short-term and counterproductive attempts to weaken the Taliban. A change of focus is urgently needed.

Cathal Ó Gabhann (@AnOGabhannOg) is a former humanitarian aid worker, who spent four years working in Afghanistan, dealing with the Taliban on a daily basis. He has spent the past fourteen years interacting with armed insurgent groups throughout Asia, as well as with prisoners of war and victims of alleged war crimes.