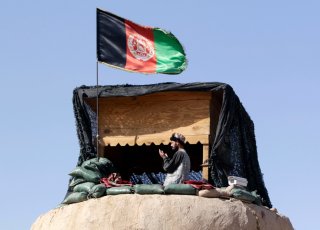 History will remember August 15, 2021, as the day the Taliban swept back into power in Afghanistan, rekindling international deliberation and debate about the country’s future. The subsequent chaotic scenes in and around Hamid Karzai International Airport, as crowds swelled to uncontrollable sizes, reflected the uncertainty and terror the Afghans felt. President Ashraf Ghani amplified their panic when he made an unceremonious escape despite giving assurances to the contrary.

Afghanistan has already been struggling with drought and severe poverty for decades. The country is on the brink of a humanitarian catastrophe with almost 90 percent of the populace facing acute food insecurity. Economic activity in Afghanistan contracted, and according to the United Nations, 500,000 jobs have been lost since the Taliban takeover.  Additionally, the few gains from the last two decades have retrogressed. For instance, Afghan girls have not been allowed to resume their secondary education. Amidst all this, a year after their takeover, the Taliban haven’t consolidated their power, impeding the smooth functioning of the country’s institutions. Restrictions on banking services along with sanctions have further complicated matters.

Suffice it to say that war fatigue has almost paralyzed the country.

Supplement to all this is the ever-present question of recognition of the Taliban. While states actively engage with the group, regarding it as the de-facto government, no country has yet stepped forth to officially recognize the government.

Regarding the United States’ role in all of this, one factor which can be classified as a faux pas on Washington’s part is the lack of clarity and veracity concerning the goals and endgame towards Afghanistan. Kabul has more often than not been carpeted by other U.S. foreign policy priorities. These priorities can be seen from the patterns of United States disengagement (1990s) and re-engagement with the region. Secondly, U.S. administrations have time and again made it clear that any nation-building endeavors in Afghanistan would not be in Washington’s best interests. Hence, while presidents George W. Bush and Barack Obama chose to maintain a military presence in Afghanistan, the subsequent two administrations deemed even this undesirable. Therefore, there has always been an ambiguous U.S. strategy concerning Afghanistan. This needs to change.

Furthermore, U.S. officials must evaluate and identify options for mitigating Afghan suffering. The Afghan central bank assets need to be released with an assurance that these will be used to help alleviate the suffering of the ordinary Afghans as well as help resume economic activity in the country. Failing to take this action saddles ordinary Afghans with consequences for crimes they have not committed.

Moreover, while the specific interests of each of Afghanistan’s neighbors vary, the anticipated influx of refugees was, and still is, a genuine concern. Added to this is the threat of insurgency and terrorism as well. The U.S. administration needs to work in tandem with all regional countries, especially Afghanistan’s neighbors, despite bilateral differences and devise a sustainable strategy that includes a workable rehabilitation program for the refugees and reconstruction of essential institutions.

It is important to note that even before the Taliban takeover, the lack of coordination between the United States and other aid organizations was a significant impediment to having an integrated planning system with a coherent structure. This should not be repeated if there is to be a fluent aid and rehabilitation process.

The United States bears a moral responsibility to the Afghan people. Lessons from past mistakes should be harnessed for a better, viable future, which will be a win-win for all.

Arhama Siddiqa is a Research Fellow at the Institute of Strategic Studies Islamabad (ISSI).