The West Must Pay Its Debt to Afghans 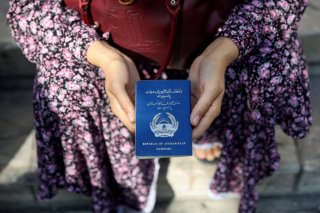 The Western alliance has spent twenty years occupying Afghanistan in a failed attempt to nation-build. Trillions of dollars have been spent in conflict against insurgents, lost to corruption, and paid to mostly American private contractors, with little to show for it. Now, with the shambolic withdrawal from the country following the Taliban takeover of Kabul in August last year, hundreds of thousands of people who believed in the West’s promise of a modern, democratic Afghanistan have been left behind, and at the mercy of Taliban reprisals. The West cannot wash its hands of the moral responsibility it still owes these people.

From interpreters who helped the Western armies carry out their operations during the occupation to the women who have been educated in Western-funded schools and went on to work in public administration and other public-facing roles, thousands upon thousands of Afghans whom the Taliban will wish to punish have been left behind. Then there are these people’s families, as well as so many other ordinary civilians who did not necessarily serve with the occupying forces, but which came to find opportunities in the democratic order that the U.S.-led coalition tried to build but which has now been taken away—leaving them with no livelihoods.

Beyond the reprisals, ordinary Afghans of all political inclinations and loyalties now suffer extreme hardships due to Western sanctions, supposedly designed to punish the Taliban for their authoritarian excesses and human rights abuses. And certainly, there must be consequences for the Taliban’s conduct. But we must remember that the people who are actually suffering the most from these sanctions are in fact the poorest and most vulnerable civilians.

And the numbers are staggering: 22.8 million people, over half of Afghanistan’s population, are at risk of acute food insecurity, with only 5 percent of the total population believed to regularly get adequate nutrition. A month ago, UN secretary-general Antonio Guterres warned that virtually the entire population of Afghanistan was facing the threat of acute poverty in the coming months, with no obvious sign of reprieve. Certainly not while humanitarian aid is being embargoed by Western sanctions.

Considering all those innocent Afghan civilians who had nothing to do, and who wanted nothing to do, with the war and especially those Afghans who served with the Western occupation and who were left behind, the West has a moral duty to help alleviate the human suffering it continues to contribute to in Afghanistan. And if the West will not lift sanctions relevant to food access for the Afghans and will not send in humanitarian support like it would in any other famine region, then it has a moral responsibility to at least accept incoming refugees from Afghanistan.

A new plan penned by former British secretary of state of international development, Rory Stewart, put forward by the Atlantic Council, and endorsed by senior diplomats and parliamentarians in the United Kingdom, European Union, Canada, and the United States argues that every Western democracy that participated in the Afghan project over the past two decades, and all their allies, offer to accept and resettle 0.05 percent of their population per year in refugees from Afghanistan—at least while the humanitarian crisis there persists. In practice, the numbers would add up to 33,026 for the United Kingdom; 166,400 for the United States; and 120,000 for a coalition of willing EU member states. A significant number, to be sure, but an entirely manageable number given that it is only a fraction of the total immigration rates that these countries see in any given year.

Short of collaborating with the Taliban and helping their government manage the country out of its current crisis, this is the only honorable way in which the West can account for its moral duty to the people of Afghanistan—the people the West has failed and left behind. The West is fully responsible for the mess it left in Afghanistan upon its withdrawal. Further, since it is prepared to wash its hands of the responsibility for the country’s future, the only alternative is to help those civilians who are looking to escape the country it broke.