Biden Will Need the UAE for Leverage with Iran 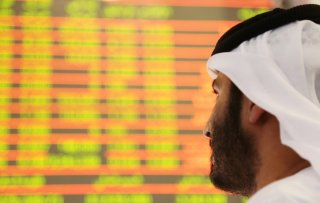 President-elect Joe Biden will scrap President Donald Trump’s failed policy of “maximum pressure” and attempt to re-engage Iran within the context of the JCPOA, i.e. the Iran nuclear deal, from which Trump withdrew in 2018. However, the Biden presidency will continue to enforce the American sanctions against Iran that exist independently of Trump and that were in place under the JCPOA. While Biden will mainly be looking for ways to de-escalate with Iran and likely ease the status quo sanctions regime, an optimally effective policy requires that the remaining sanctions be applied effectively. In addition, the United States must have the ability to quickly reimpose sanctions to maximize flexibility and deter Iran from any provocative behavior. While its economy is reeling, Iran has proven quite deft at sanctions-busting. Iran uses the UAE for a significant portion of its sanctions-evasion. Moving forward, the Biden administration should hold the UAE accountable for its role in this effort.

Iranian businesses maintain a robust presence in UAE’s financial hub based in Dubai. This longstanding relationship has led to illicit transactions that aid Iran in sanction busting. This is, to an extent, a result of UAE’s weak financial regulations but strong banking sector. Proper controls, accountability, transparency, and a willingness to enforce existing regulations are sorely needed to oversee the business dealings under its watch. Fortunately, some pressure from international agencies like the Financial Action Task Force (FATF) and from the U.S. Treasury Department is mounting. But more must be done before it is safe to assume the UAE is not double-dealing with respect to Iran. Iran’s money laundering efforts in the UAE serve the al-Quds force and Iran’s ballistic missile program, and fund terrorist entities abroad like Hezbollah and Hamas.

The UAE’s behavior with respect to Iran is a symptom of a broader problem that involves gold smugglers, corruption, legal loopholes, an opaque real estate market, and criminally minded business elites and war profiteers from across the globe. In the words of one report, “Emirati regulators, officials, and law enforcement agents are aware of how Dubai is being used as a conduit for illicit financial transactions. This is a feature, not a bug, of Dubai’s political economy.” In April, the FATF acted by placing the UAE under a year-long observation to ensure that it fully implements anti-money laundering statutes, proactively disrupts international money laundering networks, and cooperates more closely with international criminal cases.

Before the Abraham Accords signed by Israel, the United States, Bahrain, and the UAE, UAE-Iran relations were warming, in part, due to Emirati worries that Saudi Arabia and the United States were unwilling to provide the UAE with a sufficient security umbrella should a conflict emerge with Iran. In recognition of eroding deterrence, the UAE attempted to de-escalate with Iran by releasing $700 billion in frozen funds and reopening Iranian currency exchange offices in Dubai. One Emirati lawmaker suggested the move was “in exchange for security cooperation or assistance from Iran.” Also in 2019, the UAE sent Iran another olive branch by pulling back its troops in Yemen’s civil war who were then fighting against the Houthis—an Iranian proxy force. Finally, in late 2019 UAE and Iranian leaders met and issued a joint statement regarding strengthening diplomatic ties and collaborating on Persian Gulf security. While the Abraham Accords unsurprisingly caused a hostile reaction from Iran, it is unclear whether this rhetoric will significantly change the erstwhile positive trajectory of Iran-UAE relations.

There is merit to the UAE statement. The main driver behind the UAE decision to normalize relations with Israel was Turkey, not Iran. Turkey and the UAE sit on opposing sides to the war in Libya, where both have invested significant resources. The UAE is also alarmed by Turkey’s support for Qatar and the Muslim Brotherhood. In 2017, a Saudi-led coalition, including the UAE, severed diplomatic ties with Qatar and imposed an economic blockade on the country, in large measure, for its ties to the Muslim Brotherhood. Turkey supports Qatar against its Gulf foes and has even built a military base in the country. The UAE recently called the Turkish military presence in the Gulf an “emergency” that is destabilizing the region. Turkey’s most recent escalatory rhetoric has come in the form of threatening to cut ties with the UAE over the Abraham Accords, as well as a thinly veiled threat to the Gulf kingdoms: “Some countries in our region did not exist yesterday, and they may not exist in the future, but God willing, we will continue to raise our flag in this region forever.”

The FATF and the U.S. Treasury Department are wisely starting to hold the UAE accountable for its complicity in rendering Dubai a global hub for illicit financial flows. Policymakers within the Biden administration should nonetheless be aware that while these efforts are a move in the right direction, pressure should be increased to maximize U.S. leverage in any renegotiations with Iran. The United States should condition diplomatic backing and arms sales to the UAE on the latter clamping down on any Iran sanctions-busting occurring on its territory. With Biden questioning Trump’s decision to sell F-35 stealth fighters and other advanced military technology to the UAE, and given the UAE’s continuing need for U.S. support against regional adversaries like an increasingly aggressive Turkey, the United States has numerous points of leverage to achieve this national security objective.