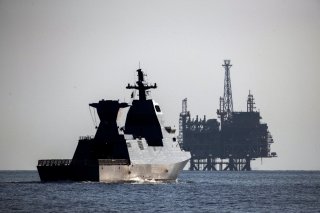 On the surface, such a development is hardly groundbreaking, but considering Israeli law enforcement still considers Lebanon an enemy state after engaging in four bloody conflicts, these not-so-secret negotiations may set the stage for a paradigm shift for Israel, Lebanon and the region at large.

The major sticking point is how many square nautical miles belong to each country, with Israel accusing Lebanon of demanding far more territory than it is actually entitled to. In a tit for tat, Israel too, expanded its claim to its square miles beyond its shores. While the United States—who is mediating the discussions—described the three rounds of talks launched last month at the United Nations base in Naqoura as “productive,” the next meeting has yet to be scheduled.

This is unfortunate. Not just for Lebanon. Not just for Israel. But for the Middle East which has been making many encouraging strides to stability.

So, what’s to gain? On an economic level, the Lebanese are in dire straits and are suffering from the worst economy they’ve had since their civil war from 1975-1990. With the younger generation calling for change, the government has been putting pressure on Hezbollah to allow for further development along the Eastern Mediterranean. This includes many initiatives including exploring its natural gas resources along its exclusive economic zone (EEZ).

Twenty years ago, a country’s maritime domain was not crucial to states living by the sea, but as we witnessed from the huge boon Israel enjoyed from its own natural gas discoveries, that is rapidly starting to change. After being dependent on imports for much of its existence, Israel’s discovery of its Leviathan gas field 130 kilometers west of Haifa enabled them to export 40 percent of its gas to other countries and develop energy trade agreements with Egypt and Jordan. Now, Lebanon wants to explore and develop its potential gas fields in its EEZ and is likely to make a discovery along its Southern coast whose maritime border is shared with Israel.

Eventually, even if the talks fail, Lebanon is likely to stumble upon its own reservoir—one that very well may be in Israel’s territory. So, any delay in conducting these talks will just succeed in further kicking the can down the road.

But what are the security implications of having Hezbollah closer to Israel’s shores? One would imagine Israel would not be so keen to give one of its enemies such an advantage. However, as a retired admiral in the Israeli Navy, I can confidently say that any attack on Israel’s gas resources by Lebanon would warrant a swift response from Israel. This would cause Lebanon to think twice before acting aggressively.

In addition, these talks are backed by U.S. interests. As U.S. President Donald Trump wraps up his term, President-elect Joe Biden will be just as interested in maintaining these talks because weakening Hezbollah’s influence in the region would deal a mortal blow to the region’s “Axis of Resistance,” which includes Iran’s Shi’ite proxy as well as Syria and Iran. Dismantling their influence in the region and engaging with more moderate actors like Egypt and Saudi Arabia is part of the huge seismic change we’re now seeing in the Middle East and is one that enjoys largely bipartisan support.

Moreover, from a diplomatic standpoint, an agreement could demonstrate to Israel’s new friends in the region—the United Arab Emirates, Bahrain and Sudan—that it is acting in good faith by speaking with its neighbors. And improved relations with Sudan can positively influence Israel’s other maritime border along the Red Sea; roughly one-third of Israeli trade goes through the Bab al-Mandab Strait which is a hotbed for terrorist activity. Should Sudan continue to look favorably on Israel, it is likely to lead to a dialing down of tensions there which will be a boon for Israel leading to facilitating trade routes to China, India and beyond.

And what if the talks fail? Yes, there is a chance we will just continue to see more of the same. But a much more realistic scenario is that Lebanon could conduct exploratory missions in waters that Israel perceives to be part of its territory, just as Turkey has done with Greece in another part of the eastern Mediterranean. Israel will see it as a threat and the European Union’s oil and gas exploration companies behind these missions will be caught in the crosshairs of an explosive international crisis that could see implications across the region.

It is important to remember that these are not peace talks. But you have to start somewhere. After all, relations between the United States and China began with an innocuous game of table tennis.

Once gas is found on the Lebanese side of the maritime border, the two countries will be required to coordinate with each other on activities related to dealing with cases of mishaps, accidents, marine pollution, etc. which will improve the level of trust between those involved. Furthermore, once an agreement is in place, and the Lebanese people see a marked improvement in their economy, we may see decreased tension between the two countries and maybe even—one day—some sort of peace.

As such, I implore both parties to try to find a common ground and I applaud Steinitz for conveying Israel’s willingness to compromise. I hope Lebanon will agree to do the same. We’re now witnessing the beginning of a new chapter in the Middle East, let’s not squander it.

Professor Rear Adm (ret.) Shaul Chorev is the head of the Maritime Policy & Strategy Research Center at University of Haifa and Director of the University's Ezri Center for Iran and Persian Gulf Studies.