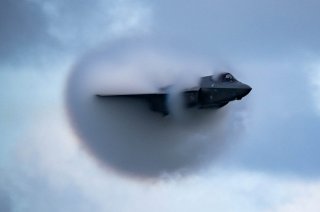 Israel, the United Kingdom and pilots for the U.S. Marines conducted a trilateral exercise known as Tri-Lightning 2 in Israel as the UK’s Queen Elizabeth carrier is making its way through the Mediterranean. The drill was built on another exercise called the Falcon Strike, which took place in Italy in early June in which the United States, UK, Italians and Israelis practiced with F-35 jets and other aircraft.

Israeli F-35s have been a workhorse for the country’s air force and its two squadrons of advanced aircraft. Back in May 2018 Israel's Air force commander, Maj. Gen. Amikam Norkin said that Israel had become the first country to use the F-35 jets in combat. It was reportedly used in Syria. Since then more missions have piled up and the F-35 jet has now filled out two squadrons in Israel. Jerusalem may eventually opt to acquire seventy-five of the aircraft. For now, it is taking delivery of fifty.

The Israeli F-35 Adir, a unique jet that Israel has modified to fit its needs, is often kept under wraps in Israel, with extra security and tight lips in the air force about the plane’s capabilities. Israel overall is undergoing a major shift in a doctrine called Momentum as it prepares for the fifth-generation hi-tech networked battlefield that will see more multi-dimensional units, more drone swarms and the use of artificial intelligence. Israel has also pioneered integrated air defense and continues to take delivery of advanced warships. Together with the F-35 jets, the sense is that Israel is becoming one of the most tech-savvy militaries in the world. This benefits pilots from the UK and the United States because Israeli pilots have extensive experience with their F-35 jets.

During the drill in Italy, dubbed “Falcon Strike” six Israeli F-35 Adirs flew with Italians, the UK and the United States. That drill was built on the three Enduring Lightning joint F-35 drills Israel did with the United States in 2020. Now the recent Tri-Lightning showcases not only Israel’s achievements but also the UK fifth-generation carrier which is transporting F-35 jets. This time the Israeli 116th squadron and 140th squadron took part, according to reports, as well as the US Marine Corps Marine Fighter Attack Squadron 211 and Royal Air Force 617th squadron. This is an important deployment for the Marine F-35 jets. The Marines say the “F-35B combines next-generation fighter characteristics of radar-evading stealth, sensor fusion, fighter agility and advanced logistical support with the most powerful and comprehensive integrated sensor package of any fighter aircraft in history, providing unprecedented lethality and access to highly contested environments.”

The joint drill brings together unique capabilities and also showcases how F-35 jets from partner countries can be combined around the Mediterranean. The eastern Mediterranean has seen increased tensions in the last years, including Turkey’s involvement in the war in Libya and greater involvement by the UAE in the area, alongside Greece and Egypt. In addition, Israel has done joint drills with the Greeks and a recent naval drill with Greece, Cyprus and France. The Royal Navy sent a ship into the Black Sea in June and there are growing tensions with Russia. This means the F-35 drill is timely and topical. It also is relevant because the United States and UK launched strikes on the Islamic State from the carrier in mid-June.

The recent drill with the Israelis included confronting surface-to-air missile threats and also drills on attacking enemy targets and air to air combat according to reports. Israel remained relatively silent on the overall nature of the recent drill, but air force commander Norkin has said that “cooperation with foreign armies enables the Air Force to strengthen its capabilities and operational capability to deal with a wide range of threats.”

The generalized statements are in line with Israel’s usual modest comments on the role of its F-35 jets and the increasingly unprecedented partnership it has with the United States and other countries in flying the plane. Lockheed Martin, which makes the plane, said in a recent statement that 665 F-35 jets have been delivered and they have seen 411,000 flight hours with 1,405 pilots and 10,755 trained maintenance crew. Six countries operate the plane across eleven armed services. In recent months Switzerland has selected the F-35 jet, while the US Air Force selected Eglin Air Force Base, Florida, as the location for a second F-35A training squadron on June 14. Italian F-35 jets recently deployed to Estonia in support of NATO Baltic Operations exercises between June 6–18 and Norwegian F-35As participated in the Arctic Challenge Exercise from June 1–18. F-35 jets now have twenty-one bases and serve on seven ships globally. As such the Israeli joint drills are a major part of the F-35 global footprint.