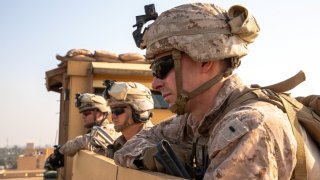 It may not just be a bluff. While Iraqis hoped that Secretary of State Mike Pompeo’s threat to shutter the U.S. Embassy compound in Baghdad might have just been meant as a wakeup call to compel the Iraqi government to take action against Iran-backed militias, the State Department appears ready to abandon its largest, most expensive embassy to anti-American militiamen and retreat to Erbil, the capital of Iraqi Kurdistan.

Pompeo’s logic appears to be that removing American diplomats would free the U.S. hand to confront Iranian-backed militiamen and perhaps Iran itself while minimizing the ability of Tehran or its proxies to kill Americans or seize American hostages. Underscoring Pompeo’s action is the assumption that Congress—whose mood is anti-interventionalist and distrustful of Trump administration motives—would back a sustained campaign against Iran or Iranian interests in Iraq.

The threat is a mistake for the simple reason that not only Iraq but all states will conclude that U.S. partnership is fleeting. Already, Russia and China underscore their reliability in contrast to the United States when their officials meet Egypt and Saudi counterparts. In both East and Central Europe and East and Southeast Asia, governments are correct to question whether they can gamble their security on U.S. guarantees.

Carrying out the threat would be even worse, and not just because of the imagery of Iran-backed militias scurrying across the embassy compound upon the departure of American diplomats and their Marine security guards. Consider the sorry history of unilateral withdrawals:

South Vietnam, 1973: The United States signed the Paris Peace Accords on January 27, 1973, setting the stage for a U.S. withdrawal from South Vietnam by March 1973. President Richard Nixon promised Saigon that it would remain committed to its defense, and suggested that the United States would intervene if North Vietnam violated the ceasefire. Congress passed the Case-Church Amendment to stop any further military involvement and, just under two years later, Saigon fell, the country overrun by the Viet Cong. While some pundits might take solace in the fact that, decades later, Vietnam has become more an ally than an adversary—its embrace of communism more in name than reality—that is little solace to the millions of Vietnamese displaced and dispossessed, or the hundreds of thousands tortured and starved in re-education camps.

Lebanon, 1984: In August 1982, U.S. French, and Italian forces landed in Lebanon to secure Beirut Harbor in order to enable and facilitate the evacuation of the Palestine Liberation Organization (PLO) from the city. Subsequent events led to mission creep, and the Multinational Force in Lebanon became peace-keepers seeking to create space for Lebanese political institutions to regroup and emerge from the state’s already-seven-year civil war. On October 23, 1983, terrorists affiliated with Hezbollah—a group which would not officially unveil itself for a couple more years—first hit the U.S. and French embassies and then struck a U.S. Marine and French paratroopers barracks, killing 241 American military personnel and several dozen more Frenchmen. President Ronald Reagan called the attack “despicable” and swore to keep the force in Beirut, but ultimately withdrew U.S. forces from Lebanon first to ships offshore and then home. From a strategic point of view, the problem was not that Lebanon’s civil war continued for nearly a decade more, but rather than a young radical, well-endowed from his family’s Saudi construction conglomerate, concluded from the episode that terrorism could defeat a superpower. In effect, Reagan helped pave the road to 9/11.

Afghanistan, 1989: American strategists might applaud the Soviet withdrawal from Afghanistan as a victory for U.S. policy, but subsequent U.S. disengagement from the country first enabled a vacuum that the Taliban filled. The Clinton administration tried engaging the Taliban diplomatically and too willingly accepted its assurances that it would divorce itself from Al Qaeda. The rest, of course, is history. That thirty years later the United States trusts that the Taliban with almost exactly the same deal reinforces to militants that terrorism works.

Lebanon, 2000: The United States is not the only country to withdraw unilaterally from territory in which it operates or which it occupies under the threat of terror. In May 2000, Israel Defense Forces withdrew from the southern Lebanese security zone they had occupied for eighteen years. They hoped the Lebanese government would assert authority over the entirety of its territory but instead, Beirut demurred any responsibility and allowed Hezbollah to fill the vacuum. Rather than bring peace, Israel’s unilateral withdrawal precipitated a subsequent war and enabled Hezbollah to build up an arsenal of hundreds of thousands of rockets, some of which are increasingly sophisticated and capable of extreme precision.

Gaza, 2005: The same patters occurred in the Gaza Strip. While religious Israeli Zionists covet reclamation of sites of Biblical significance in the West Bank, there is little religious connection to the Gaza Strip. In December 2003, Israeli Prime Minister Ariel Sharon proposed returning the entirety of the Gaza Strip to Palestinian control. President George W. Bush called Sharon’s plan “historic and courageous.” In reality, however, Sharon’s actions empowered Hamas and condemned much of southern Israel to sporadic Hamas rocket barrages and other terrorism.

Iraq, 2011: Barack Obama capitalized on progressive sentiment against the Iraq war during his initial presidential campaign, and he made good on his promise to withdraw U.S. forces from the country. The resulting vacuum first enabled Iran to leverage its influence upon Prime Minister Nouri al-Maliki to get Maliki to appoint officers defined more by fealty to Iran than competence in key positions. The subsequent collapse of the Iraqi Army enabled the Islamic State to rampage across north and central Iraq, forcing a return of U.S. troops and a massive campaign to roll back the self-declared caliphate.

Pompeo may believe his threats to close the U.S. Embassy in Baghdad will ultimately force the Iraqi government to better confront Iran-backed militias and other extremists. In reality, most Iraqis would agree on the need to tackle the Iran-backed militias as distinct from the Popular Mobilization Forces which arose in answer to Grand Ayatollah Ali Sistani’s call for a nationalist defense against the Islamic State. The problem Prime Minister Mustafa al-Kadhimi faces is how to build up the nationalist component within Iraqi security forces to the point where they can defeat the well-equipped Iran-backed groups like Kataib Hezbollah.

U.S. policy now will hinder rather than help that aim: history suggests that should the Trump administration carry through on Pompeo’s threats, it will not only empower forces anathema to U.S. security and interests but additionally, it might create a security vacuum and prize far greater than anything previously attained by the Taliban, Al Qaeda, Hezbollah, Hamas, or the Islamic State. Iraq is no Afghanistan, southern Lebanon, or Gaza Strip: Rather, it is a breadbasket awash in hydrocarbons all of which would attract and empower any extremist group that successfully filled the vacuum catalyzed by Pompeo’s precipitous actions.