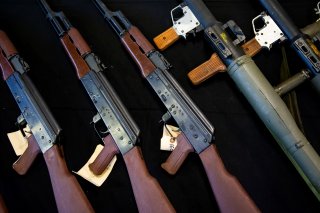 Secrecy, denial, and incompetence have condemned thousands of Iranians to their deaths amidst the coronavirus outbreak. Even if Iranian leaders now adopt best-practices, it is likely too late to meaningfully control the virus’s continued spread in Tehran. Traffic jams show that the city—which has grown seven-fold since the 1979 Islamic Revolution—has not practiced social isolation and will likely suffer far more casualties.

While Iranian reporting is opaque, it is likely that the Islamic Revolutionary Guard Corps and their families have suffered disproportionately within Iranian society. When Iranian authorities first acknowledged that the coronavirus was out-of-control, they put the Islamic Revolutionary Guard Corps in charge of the domestic response. Mohammad Pakpour, commander of the IRGC-Ground Forces for the past decade, told an Iranian audience that his forces were playing a pivotal role in all aspects of the Iranian public health fight, from securing the supply chain to sending forces into the infected zones to spray disinfectant or set up field hospitals.

In almost all countries, first responders have suffered because of their proximity to the ill, and it is unlikely that Iran would be immune from such a phenomenon. The living quarters of the Islamic Revolutionary Guard Corps likely compound the problem. One of the reasons why the 1917-1918 Spanish flu struck down so many in the prime of life was that it tore through military barracks. If the Revolutionary Guards are at the forefront of the Iranian fight against COVID-19, it is unlikely they will retain pre-COVID-19 readiness.

Any outbreak among the Islamic Revolutionary Guard Corps will likely have ramifications beyond immediate military readiness. Among the Islamic Republic’s military veterans, there are long-standing grievances with regard to health care. The government largely abandoned those injured during the 1980-1988 Iran-Iraq War. The most dysfunctional Veterans Administrations hospitals in the United States outperform by far the best medical centers available to Iranian veterans. Those who served Iran to fight the pandemic and suffer long-term health complications due to their troubles will breed resentment toward the government. The Iranian government’s financial woes and the Islamic Revolutionary Guard Corps’ prioritization of support for foreign interventions over pensions will breed resentment among the families of those who succumb to COVID-19. And while the Guards’ top commanders are millionaires several times over and live posh lifestyles, most Guardsmen live a more impoverished existence in the apartment blocs of western Tehran or in the slums to the city’s south. This means that they are more likely to spread the disease through their own communities than those in more affluent northern neighborhoods.

The Revolutionary Guards will also likely suffer future recruitment woes. While the organization depicts itself as the ideological vanguard, it is as faction-ridden as Iranian politics. There are many ideological hardliners—the late Qassem Soleimani or his successor Esmail Ghaani, for example—but there are also those who join the Revolutionary Guards for more cynical reasons. Iran is still a conscript society and so, if military service is a necessity, better to join a Guards unit which will pay more and provide better connections and opportunities in the future. Future generations may think twice, however, about volunteering for the Guards if its missions expose them to greater harm. Indeed, the Guards and the paramilitary Basij were also suffering a manpower shortage due to resistance among many ordinary Iranians to deployments into Syria, leading the Guards’ leadership to rely increasingly on Lebanese Hezbollah or Iraqi, Afghan, or Pakistani Shi’ite militia groups.

Beyond eroding Iran’s military readiness, the impact of the virus on public perception will be huge. Even the Islamic Republic’s most ardent apologists recognize that there is a growing trust deficit between the Iranian public and the regime. The problem is not just at home. Tehran must often temper its strategic partnerships in response to public distrust of its international partners. Take Russia, for example: While Iranian authorities have pursued an unprecedented rapprochement with Russia, the Iranian public has neither forgiven nor forgotten centuries of Russian imperial exploitation and so Iranian authorities must at times put brakes on the partnership or at least keep some aspects of it secret.

This historic distrust of Russia is one reason why Iranian authorities sought to hedge their bets. Jomhuri-e Eslami, one of the Islamic Republic’s flagship newspapers, published an article (no longer available online) on July 21, 2018 arguing that Revolutionary Leader Ruhollah Khomeini’s slogan “Neither East nor West but Islamic Republic” should not prevent Tehran from outreach to Beijing. Yayha Rahim-Safavi, a former commander of the Islamic Revolutionary Guard Corps and a top military advisor to Supreme Leader Ali Khamenei, drove home the point in a January 2019 speech.

The World Health Organization may condemn linking COVID-19 to its origins in Wuhan, China, but most Iranians will not be so politically correct. They recognize that it was their government’s trade with China and its air links coupled with a diplomatic decision not to antagonize Chinese authorities that first introduced the disease into Iran and facilitated its rapid spread. Whereas just a few months ago, most Iranians were indifferent to their government’s outreach to China and the growing Chinese presence in Iran, that too will likely change as suspicion of China and the Chinese will likely taint government outreach. Russia will always have a greater stigma within Iranian society than China, but no longer will Tehran be able to sell its turn toward Beijing as cost-free. That will not mean that Iranian leaders would abandon their eastern strategy, but even ardent regime Islamists recognize the potency of grassroots Iranian nationalism and will think twice about openly crossing it.