Movie Review: “The Dissident” Looks at the Death of Jamal Khashoggi 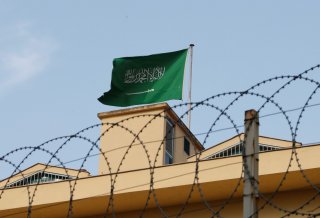 It’s been quite a year for documentaries about recent shadowy assassinations that were likely carried out by foreign dictatorships.

Earlier this month, there was “Assassins,” from director Ryan White, about the killing of Kim Jong-un’s half-brother, Kim Jong-nam, in Malaysia in 2017. Earlier this fall, there was “Kingdom of Silence,” directed by Rick Rowley and executive produced by Alex Gibney, which looked at the 2018 assassination of journalist Jamal Khashoggi, very possibly under the orders of Saudi Arabia’s de facto ruler, Crown Prince Mohammed bin Salman (known as MBS).

Now, there’s another documentary about the murder of Khashoggi, called “The Dissident,” which recently opened in a handful of theaters, before a video on demand release early next year. Directed Oscar winner Bryan Fogel, “The Dissident” is a tick better than the Rowley/Gibney documentary, thanks mostly to a brisker pace. The two films, though, have a great deal of overlap, covering much of the same ground, interviewing many of the same people, and coming to most of the same conclusions.

Fogel’s previous film was “Icarus,” which won the Best Documentary Oscar in 2017. That film started as a goofy project about Fogel trying to succeed in a bike race, and embracing blood doping. This leads him to stumble into a web of international intrigue involving Russia’s Olympic doping program. Like a lot of the best nonfiction films, it ended up in a place very far afield from what was initially planned.

“The Dissident” is a bit more straightforward. It goes through Khashoggi’s story, from his work as a journalist to his clashes with the Saudi regime to the specifics of his murder. There’s also much material about the rise of MBS, his campaign to seduce the political and business elite of the United States, and how that clashed first with a massive purge against his rivals and the widespread suspicion that he had directly ordered the brutal murder of a prominent journalist from a major American newspaper.

The film, much more than the other documentary, paints a vivid picture of Khashoggi the man, showing him as someone who couldn’t imagine keeping his mouth shut—something that regularly got him fired from jobs prior to his arrival in the United States. And there’s much vivid discussion of Khashoggi’s actual murder, which is certainly not for the squeamish.

Last week, The New York Times ran a feature about “The Dissident,” which dealt mostly with the film’s struggle in gaining distribution. It took “The Dissident” many months to strike a deal, and the major streaming services (Netflix, Amazon) stayed away, even though the same director’s Oscar-winning previous film was distributed by Netflix. The film ended up distributed through a theatrical/VOD hybrid by an obscure outfit called Briarcliff Entertainment, and the implication of the Times article was that more major services avoided the film due to a fear of crossing the Saudi royal family.

There may be some truth to that, although it’s worth noting that the previous documentary about Khashoggi, “Kingdom of Silence,” did get distribution, through the Viacom-owned Showtime—that film is not mentioned in the Times piece—and that controversial documentaries with potential to anger the powerful are distributed through major distribution channels all the time. The film, after all, was distributed, although I’m wondering how Briarcliff Entertainment feels about the New York Times writing a feature about their film and dwelling for much of it on how surprisingly small-time they are.

I do buy, however, that the film’s frank discussion of Jeff Bezos’ sex scandal, and the Saudis’ role in it, may very well have soured Amazon Prime Video on pursuing it.

However it’s experienced, “The Dissident” is a first-rate examination of a despicable crime, committed on the international stage.