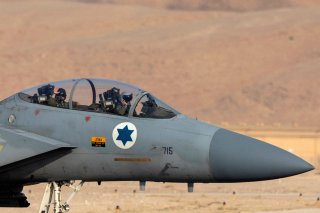 As the window for reviving the 2015 Joint Comprehensive Plan of Action (JCPOA) rapidly closes, the debate on the issue is heating up.

In 2002, the Mujahedeen e-Khalq (MEK), an opposition group, revealed Iran’s secret nuclear sites. Israel’s response was in line with the Begin nuclear doctrine, which noted that “on no account shall we permit an enemy to develop weapons of mass destruction against the people of Israel.” Well before that, in June 1981, when the doctrine was first enunciated, the Israeli Air Force (IAF) completely destroyed the Iraqi nuclear reactor in Osirak. In September 2007, the IAF eliminated the Syrian Al-Kubar nuclear facility.

More than any other country in the region, Israel considers a nuclear Iran an existential threat. The reason for this perception is simple: the Islamic regime has a long history of virulent anti-Semitism and anti-Zionism. Ayatollah Ruhollah Khomeini, the founder of the regime who branded Israel as “the Little Satan,” proclaimed that the Islamist revolution would be completed only after Jerusalem was back in Muslim hands. Regime spokesmen set the tone by using highly insulting terms to describe the Jewish state; calling Israel a “cancerous tumor,” “filthy microbe,” or “abscess” was particularly popular.

The former president Mahmoud Ahmadinejad repeatedly called for wiping Israel off the map. Ayatollah Ali Khamenei, who succeeded Khomeini as the supreme leader, went one step further. Using Koranic sources, he calculated that Israel would cease to exist in 2041. The regime erected a digital clock in Tehran that counts down the time to the demise of the “Little Satan.”

Ahmadinejad was also a leading voice in Holocaust denial, a particularly pernicious form of anti-Semitism. In this view, the Holocaust was invented by the Jews to claim a right to a state, thus depriving the Palestinians of their sovereign rights. Tehran hosted a Holocaust denial conference in 2006 and has sponsored several cartoon competitions, a popular way to push the theme. As one observer lamented, the Iranians turned the greatest Jewish tragedy in history into a hoax.

The regime has made a major effort to back its rhetoric of destroying Israel with a wide array of weapons, including long-range missiles, drones, and a vast array of short-range projectiles. The latter have been supplied to Iran’s proxies, which Tehran considers the “Ring of Fire” around the “Little Satan.” During the annual Quds Day ceremonies, in which top leaders promise to liberate Jerusalem, ballistic missiles bearing the slogan “Death to Israel” are on display.

Much more ominous are the occasional hints that Iran would use nuclear weapons to excise the “Israeli tumor” from the region. On Quds Day 2001, former President Ali Akbar Hashemi Rafsanjani implied that while the Islamic world may be harmed in a nuclear exchange, “even one nuclear bomb inside Israel would destroy everything.” More recently, a senior Islamic Revolutionary Guards Corps (IRGC) mentioned the nuclear option again, and Kamal Kharrazi, a senior adviser to Ayatollah Khamenei, claimed just a few days ago that Iran has the capacity to build an atomic warhead.

Liberal analysts and politicians have long argued that the regime’s anti-Semitism and anti-Zionism are just part of a rhetorical strategy to score domestic and international points. Many have also asserted that the regime is “rational” enough not to launch a nuclear attack on Israel if it develops a fully-fledged nuclear capability.

The Israeli political and intelligence echelons are much less optimistic. The Israelis consider the Islamist regime unstable and unpredictable, riven with internal tensions that the ailing Khamenei has failed to control. Even before the election of hardline President Ebrahim Raisi, who serves as a facade for the Revolutionary Guards, Iran had accelerated the enrichment process by using the more efficient IR-6 centrifuges, ultimately amassing 43.1 kilograms of 60 percent enriched uranium by May 2022.

Israeli intelligence believes Iran is pushing to become a threshold state, making the existential threat palpable. Gen. Aviv Kochavi of the Israel Defense Forces (IDF) has repeatedly stated that such a scenario is unacceptable. He recently added that the IDF is morally obliged to prepare for a kinetic action against Iranian facilities. Israeli defense minister Benny Gantz recently said he ordered the military to “prepare for the Iranian challenge at the operational level.” These and other assertions reflect Israel’s risk calculus. Out of the two bad options facing Jerusalem—the risks of military action and living with nuclear-armed Iran—the latter is the worst.

The Iranian regime has a very different perception of the situation and does not regard the Israeli warnings as credible. According to several centers that deliver military evaluations, including the IRGC’s Center for Sustainable Security Studies and the Center for Strategic Studies (the research arm of the Iranian President's office), the IDF is too weak to carry out a kinetic action without Washington’s political blessing and considerable American material support.

The Iranians do not take the Jerusalem Declaration, a new security pact that President Joe Biden signed recently, seriously. The declaration commits the United States and its top Middle East allies to “be ready to use all elements of their national power to ensure that Iran stays nuclear-free.” However, the Iranians have a very low opinion of Biden, and they don’t expect Washington to deliver the type of muscular support needed for kinetic action. In any event, Tehran does not believe that Israel or America would dare to attack Iran, knowing that it would activate its proxies, the so-called “Axis of Resistance,” to blow up the region.

Given that the regime has gotten away with its decades-long efforts to destabilize the Middle East, such a misperception is not surprising. Yet it is very dangerous, as it encourages adventurism. Robust action is needed to restore American credibility and deterrence. Washington can start by providing Israel with the military technology required to take out the regime’s nuclear facilities or publicly committing to such an action. Words alone cannot correct the regime's misperception.