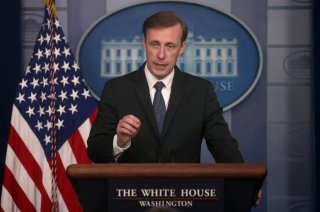 National Security Advisor Jake Sullivan indicated on Thursday that the Houthi rebels in northern Yemen would face retribution for attacking an airport in southern Saudi Arabia. Both the White House and Saudi Arabia characterized the strike as a terrorist attack.

“We will work with our Saudi and international partners to hold [the Houthis] accountable,” Sullivan said in a statement. “As the President told His Majesty King Salman yesterday, we are committed to supporting Saudi Arabia in the defense of its people and territory from these attacks.”

“America will have the backs of our friends in the region,” Sullivan added.

The Houthis, officially known as Ansar Allah, have repeatedly targeted the airport with missiles and drones since the onset of the Saudi-led intervention in Yemen in early 2015. Although the Saudi government initially claimed that its intervention would be over in weeks, eight years have passed, and the situation in Yemen has largely remained unchanged. The Houthis control the country’s mountainous northern region, while the south and east are divided between the Saudi-backed internationally recognized government of Abdrabbuh Mansour Hadi and the UAE-backed separatist Southern Transitional Council.

In the aftermath of the attack, the Saudi-led coalition promised to launch retaliatory attacks against Sana’a, Yemen’s capital, which has been occupied by the Houthis since 2014. The coalition warned civilians within the city to remain indoors and away from military sites for seventy-two hours.

In spite of domestic divisions, Biden has largely stood by Riyadh, arguing that the country’s security should be protected and committing the U.S. to aid in its defense. In January, the president hinted that the Houthi movement, which was initially designated as a terrorist organization by former President Donald Trump, could be re-listed. Biden initially rescinded Trump’s designation in February 2021 at the behest of human rights groups, which argued that the designation impaired the delivery of medical supplies and other critical humanitarian aid to northern Yemen.