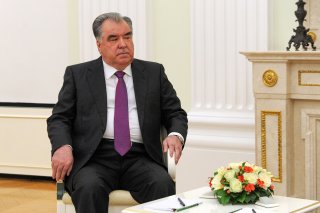 From 1992 until 2001, Rabbani served as the president of the “Islamic State of Afghanistan,” an Afghan government formed after the communist government’s collapse in 1992. When the Taliban captured Kabul in 1996, Rabbani and the remnants of his government fled north, where he formed the “Northern Alliance” with regional warlords including Massoud.

Massoud, who had defended Panjshir during the Soviet invasion in the 1980s, led the Northern Alliance during its five-year war against the Taliban and was widely credited as Afghanistan’s most effective military leader. He was assassinated by Al-Qaeda operatives posing as journalists on September 9, 2001, two days before the 9/11 attacks.

Following the U.S. invasion of Afghanistan, Rabbani served briefly as interim president before ceding the office to Hamid Karzai. He remained active in Afghani politics until his assassination in 2011.

In recent years, however, the Taliban has expanded its base and has included Islamists from Afghanistan’s minority groups, including Tajiks. When the group conquered Afghanistan’s border crossings with Tajikistan, ethnic Tajik militants were placed in control.

Both Massoud and Rabbani were ethnic Tajiks, and the decision to honor them comes as Massoud’s son, Ahmad Massoud, continues to openly oppose the Taliban in Panjshir Valley, a heavily Tajik area that served as the base of the elder Massoud’s support. The Taliban have made several incursions into the valley to try and capture it, so far without obvious success.

While the Rahmon administration has indicated that it views a Taliban-dominated government over Afghanistan as acceptable, it has officially insisted that the new government include representation from all of the country’s ethnic groups, including Tajiks, Turkmens, Uzbeks, and Hazaras, among others.