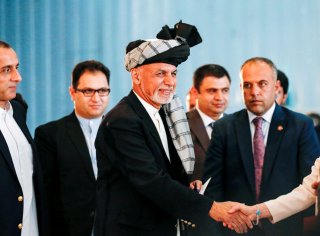 Ashraf Ghani, the country’s president from 2014 until August 2021, has surfaced in the United Arab Emirates following his escape from Afghanistan. A brief statement from the UAE’s Ministry of Foreign Affairs and International Cooperation confirmed that the government had offered him sanctuary on humanitarian grounds, following his escape from Kabul in the hours before the Taliban entered the city.

Ghani announced in a statement posted to his Facebook page on August 18 that he had left the country to avoid bloodshed. The Afghan leader denied allegations that he had stolen $170 million from the treasury prior to his exit. He called the accusations “baseless” and described in the statement how he had “left with just a waistcoat and some clothes.”

However, other sources in Afghanistan have disputed this. Afghanistan’s vice president and claimed interim president, Amrullah Saleh, accused Ghani of stealing the money. This allegation was repeated by Afghan defense minister Bismillah Khan, and the Afghan Embassy in Tajikistan has called on Ghani to return the funds or face an Interpol arrest warrant.

Afghan leaders also criticized Ghani for fleeing Afghanistan immediately before Kabul came under attack by the Taliban, weakening its defense. Afghanistan’s ambassador to Tajikistan, Mohammad Zahir Aghbar, described Ghani’s decision to leave Afghanistan “a betrayal of the state and the nation.”

Afghanistan’s remaining government forces, including Saleh and Khan, have gathered in Panjshir Province, the only region within Afghanistan that the Taliban does not yet control. Panjshir Valley served as a key outpost of resistance against the Soviet Union in the 1980s and the Taliban in the 1990s, under the leadership of mujahideen commander Ahmad Shah Massoud. Massoud was assassinated by Al Qaeda militants in 2001; his son, Ahmad Massoud, leads the valley’s military resistance against the Taliban. While the renegade province is surrounded on all sides by Taliban territory and has no clear avenue for external supply, thousands of Afghan troops from the defunct Afghan National Army have been reported to be entering the valley and joining Massoud’s forces to maintain continued resistance.

In his address, Ghani indicated that he supported peace talks between the remnants of the Afghan government and the Taliban, and claimed that he was “in talks to return” to Afghanistan.

If the amount of cash that the former Afghan leader is alleged to have carried out of the country were transported in $100 bills, then its weight would exceed one and a half tons.