The Taliban Won’t Pay Afghanistan’s Electricity Bills. Are Blackouts Ahead? 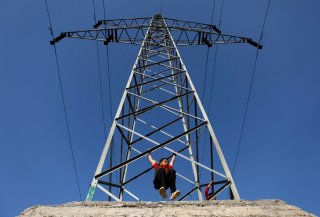 Afghanistan’s economy has remained virtually shut down since the Taliban took control of Kabul on August 15. Foreign aid, which formerly accounted for eighty percent of the state budget, has slowed to a trickle. This has saddled the Taliban with few additional sources of income—and significant liabilities. One of these liabilities is electricity, a basic need in any civilized society.

So far, the Taliban have largely succeeded in delivering power. While the group had attacked power stations under the authority of the previous Afghan government, its attacks ceased after its capture of Kabul. Partially because of that, and partially because of the absence of demand from the now-nonexistent government bureaucracy, Kabul’s electricity supply, once sporadic, has largely become reliable under the group’s rule, a positive early sign of legitimacy.

However, the Taliban’s ability to reliably deliver power to the country could prove to be short-lived. Afghanistan is only reliably able to produce around thirty percent of the power it needs. To make up the shortfall, it imports it from other countries, the electrical grids of which are linked to its own. Roughly seventy percent of the country’s power supply is bought from Afghanistan’s neighbors, to the tune of $250 to $300 million per year. As of September 2021, Da Afghanistan Breshna Sherkat (DABS), the country’s state-run power company, had liabilities of roughly $90 million, and roughly $40 million in its accounts—accounts that the Taliban took possession of, alongside the company and its debts, after they conquered the country.

As part of their consolidation process, the Taliban’s leaders fired the previous directors for DABS and appointed its own—and the new leaders have so far refused to allow the company to use the money in its accounts to make a partial payment for future electricity.

According to Safiullah Ahmadzai, DABS’ acting CEO prior to his firing at the hands of the Taliban, this decision could prove to be a short-sighted one. Ahmadzai underlined to the Wall Street Journal that the contracts Afghanistan signed with its neighbors mean that the neighbors are free to shut off the power supply for non-payment.

The problem is particularly acute in Kabul, which uses a large share of Afghanistan’s imported electricity. However, it might also have negative effects for the country’s mountainous areas, which regularly experience subzero temperatures during the winter. If it is unable to reliably supply electricity, the Taliban’s government could be hard-pressed to make progress on anything else.