U.S. Cracks Down on Hezbollah With Sanctions on Alleged Financiers 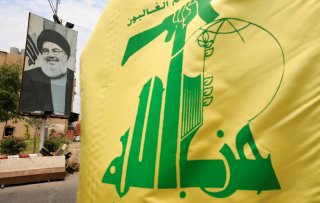 On Thursday, the Treasury Department announced that it had placed sanctions on Ahmad Jalal Reda Abdallah, a Lebanese businessman, over concerns that he had acted as a “financial facilitator” for the Lebanese militia-turned-political party Hezbollah, which is classified as a terrorist group by the United States.

In its statement announcing the sanctions, the Treasury Department accused the group of “buil[ding] a web of businesses to … generate funds for its destabilizing activities, all at the expense of accountability and public safety in Lebanon and the region.” In addition to the sanctions imposed against Abdallah, Treasury officials sanctioned five of his business partners and eight of his companies, both in Lebanon and Iraq.

“The designation of this network demonstrates the U.S. government’s commitment to protect Lebanon’s private sector and financial system from [Hezbollah’s] abuse by targeting and exposing the group’s financial activities,” the statement continued. It argued that Abdallah had supported Hezbollah for several decades, claiming that he and his associates were engaged in “extensive commercial activities in various countries where the profits are transferred” to the group.

Although the U.S. State Department did not draft the sanctions against Abdallah, State Department spokesman Ned Price spoke favorably of them on Thursday, saying that they would help “counter Hizballah’s exploitation of businesses to fund its terrorist activities and its efforts to destabilize Lebanon and the wider region.”

The imposition of sanctions against Abdallah and his associates freezes any assets they possess in the United States. It also applies criminal penalties against American citizens who continue to do business with them or other business entities connected to them.

The political fortunes of Hezbollah, which has long dominated Lebanese politics through both its own seats and those of its allies in the country’s parliament, as well as its adherents’ ability to mobilize outside of traditional political channels, appear to be changing. In Lebanon’s election on May 15, Hezbollah’s political alliance secured only fifty-eight seats, well short of the 65 needed for a parliamentary majority. This means that a government is likely to be formed by the Western-aligned Lebanese Forces party, which is led by former warlord Samir Geagea.

Hezbollah has also been the target of unprecedented anger among many Lebanese following the country’s financial meltdown in 2019, which left roughly 90 percent of the country in poverty and decimated the value of the Lebanese pound.